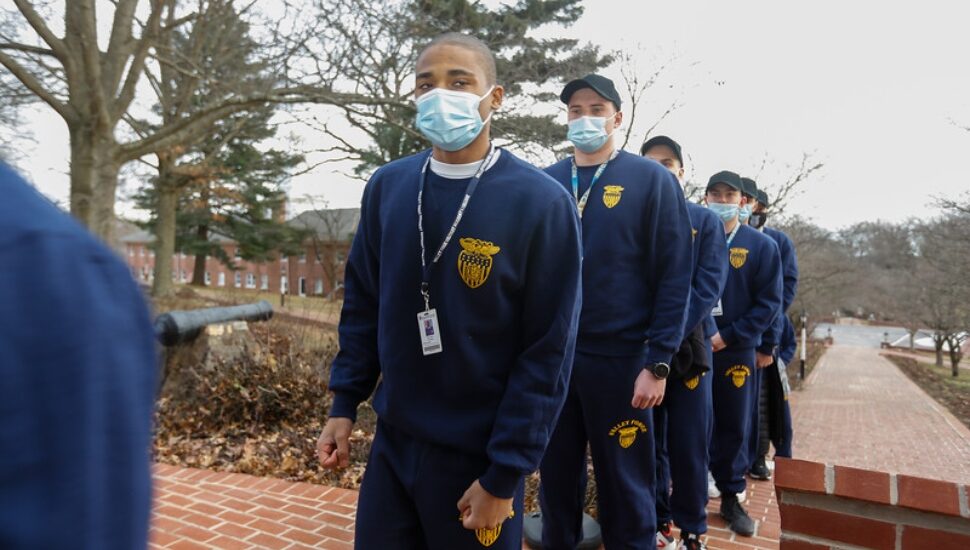 Valley Forge Military Academy (VFMA) welcomes its latest class of plebes to the school to begin the spring semester.

VFMA is a private, independent college preparatory school providing a military-style education for boys in grades 7-12.

The new class spans the world with students from six U.S. states and the countries of Russia and Kenya.

New students arrive at the Academy in the fall and spring of each year.

Called plebes, the new students begin their education learning to think beyond themselves and function as a unit. They will remain plebes until completing the rigorous training program where they demonstrate physical and mental competence, understanding the mission of VFMA.

On doing so, they will receive their cap shields, an honor marking them officially as cadets.

VFMAC has combined academic study with character-building since its founding in 1928.

Located on 100 acres in Wayne, the campus includes the Academy, a grade 7-12 middle school and college preparatory school for boys; and a two-year accredited co-ed private military college.

The Academy has a credentialed faculty, and competitive PIAA athletics, with 95 percent of Academy graduates going on to college.