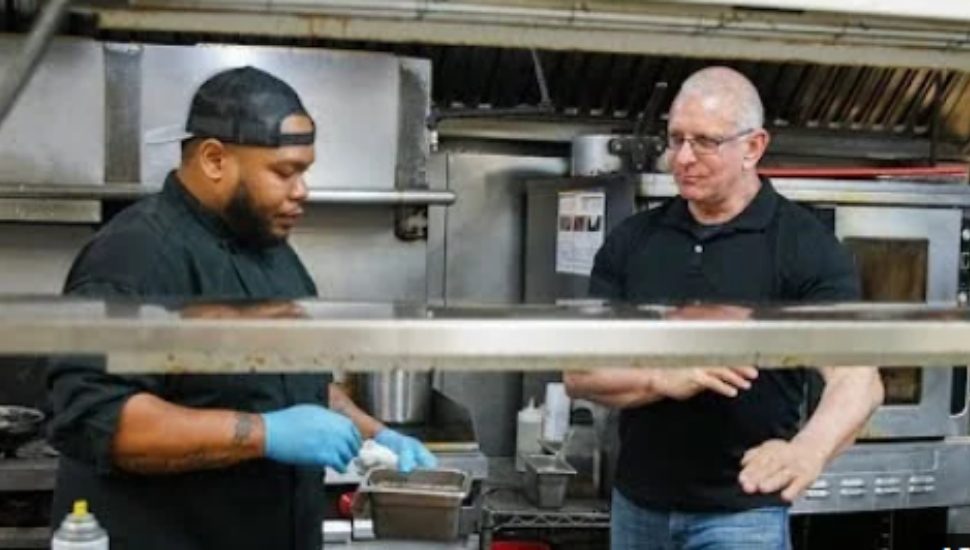 The Ship Inn in Exton was featured on a July episode of the Food Network’s “Restaurant: Impossible,” where it was treated to a multifaceted overhaul, writes Ed Williams for Main Line Today.

During the episode, owners Michael Person and his wife, Gertie, openly discussed the business’s issues: mounting debt, an uninspired menu, and a micromanagement approach to employee relations.

The pandemic only worsened the inn’s already precarious position.

His intrepid team orchestrated a sorely needed redesign of the eatery’s casual dining area and bar.

The menu has been expanded with several new offerings, including a Korean barbecue chicken cheesesteak, spice-crusted swordfish, and a vegan eggplant pita.

Meanwhile, the homemade desserts, are rotated daily but still crafted to pair nicely with the inn’s Irish coffee.

The renovation also included a dog-friendly patio for use in the warmer months.

Read more about the raising of the venerable Ship Inn in Exton at Main Line Today.