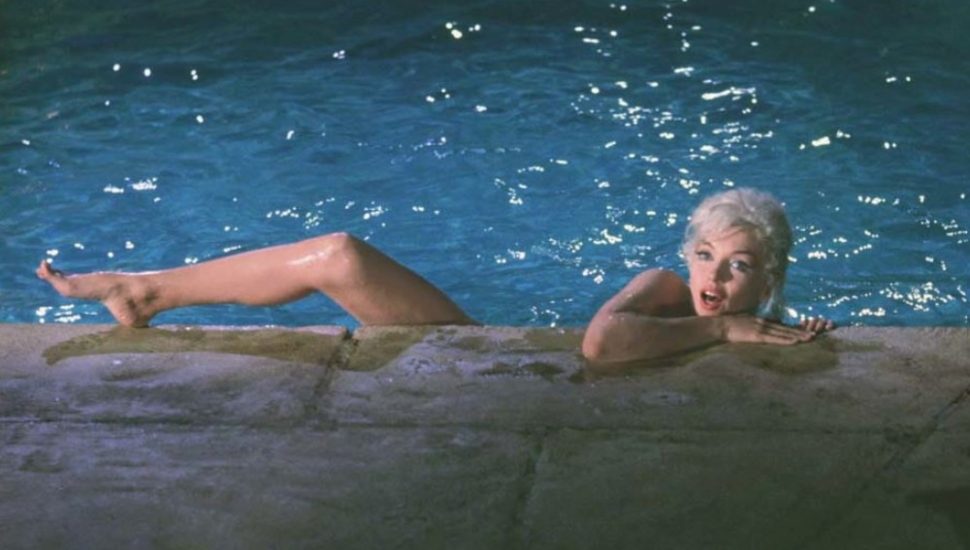 Image via Lawrence Schiller at lawrenceschiller.com.
1962 Schiller photograph promoting Monroe's film "Something's Got to Give."

Photographer Lawrence Schiller, now living in Newtown, has photographed some influential people in his day, including Paul Newman, Muhammad Ali, and Robert F. Kennedy. His images of a nude Marilyn Monroe, however, may be his most memorable. Bo Koltnow paged through Schiller’s work for WFMZ 69 News.

Schiller, a Brooklyn native who moved to Southern California, started taking award-winning pictures in high school. By the late 1950s, he was shooting for Playboy.

In 1960, for Look magazine, he took poolside pictures of Monroe for her upcoming film Something’s Got to Give.

He wryly introduced himself to her as “…the big bad wolf.”

Before the session ended, Monroe had slid out of her suit, and her iconic shots were in-camera.

Schiller’s extensive portfolio also includes coverage of the Dallas police station in the aftermath of the JFK assassination.

“I have the picture that tells the story. Not only the gun tied to Kennedy’s assassination but the media, crowd, the craziness that is happening on the second floor,” he explained.

Schiller is now using an array of computers in his home to preserve some of his career’s 22,000 shots in digital form.

More on the career of Lawrence Schiller is at WFMZ 69 News.