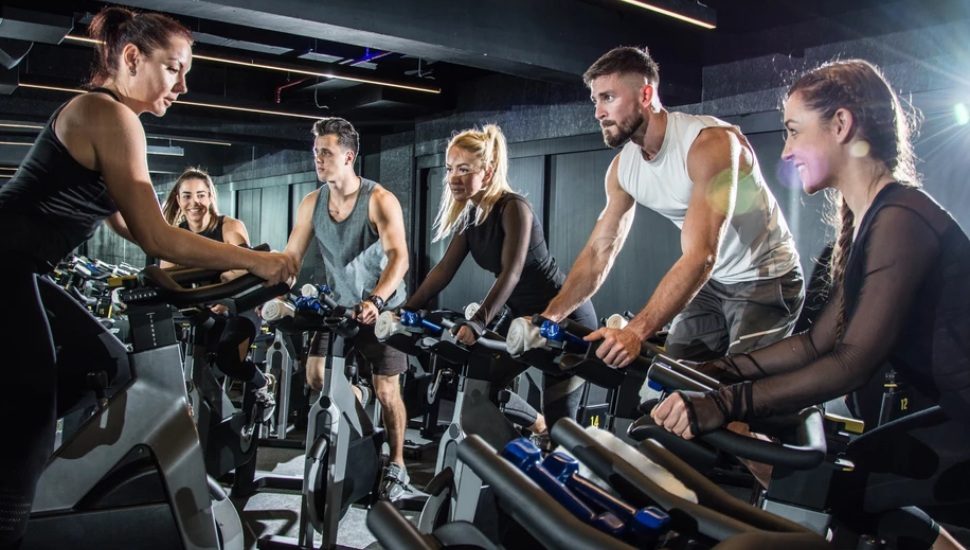 When DASH Fitness Studio first opened its doors in Pottstown, the owner Jenny Amaral knew immediately she would require a bigger space, writes Donna Rovins for the Daily Local News.

A year later, when the business had to close due to the pandemic-related shutdowns, Amaral used this opportunity to move forward with plans to expand her studio.

During that time, she and her husband Carl Amaral also formed a business partnership with Lauren Cimino and Jon Jones Jr.

On August 8, DASH Fitness Studio reopened its doors at 337 Circle of Progress Drive in Pottstown under the leadership of Jenny Amaral and Lauren Cimino.

“We want to help people and to form that sense of community,” said Cimino. “Watching the ‘ah–ha’ moment on people’s faces when they feel so good about themselves and so proud about themselves. That is what it really comes down to.”

The now 3,500 square-foot-fitness studio offers numerous classes with something for people of all fitness levels. Classes include TRX, Spin, Fusion, Sculpting, Yoga, HIIT, and Strength.

There is also an open gym where clients can follow their own workout plans.

Dine All Day in Pottstown