This Sharon Hill Athlete, Gertrude Dunn, Was in a League of Her Own 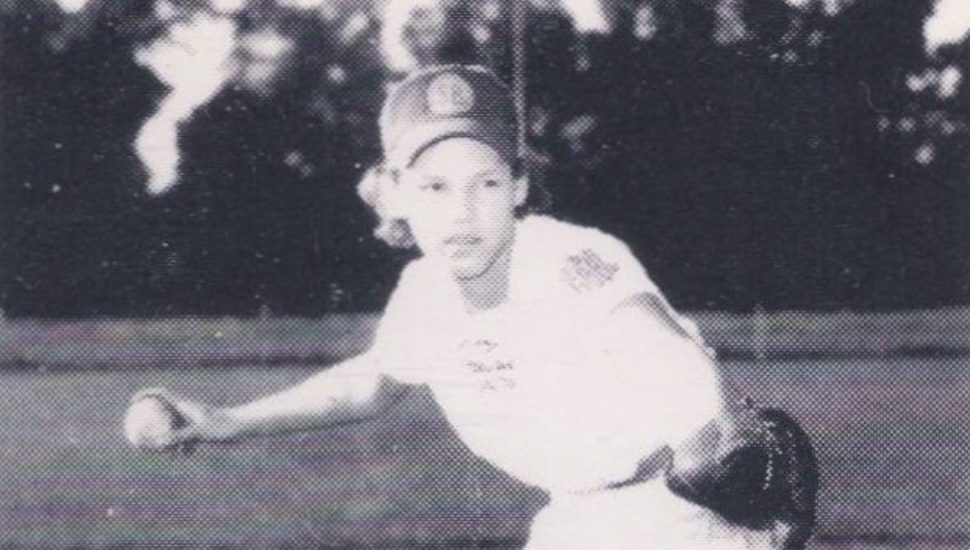 Production is underway on Amazon’s new series, “A League of Their Own” based on the 1992 film about a professional women’s baseball league formed during World War II. The league existed until it was disbanded in 1954.

What’s not generally known is that a former Sharon Hill woman, Gertrude “Gertie” Dunn, was a shortstop in that league.

Dunn was born in 1933 in Philadelphia and raised in Sharon Hill. She graduated from Sharon Hill High School’s class of 1952.

Dunn, who later lived in Chadds Ford, played four seasons in the All-American Girls Professional Baseball League, joining the league as a starting shortstop while still a junior in high school.

In 1951, she played for the Battle Creek Belles before becoming a team member of the South Bend Blue Sox , where she remained until 1954.

She was voted Rookie of the Year in 1952 after leading her team to the championship.

Dunn was one of the first 30 women inducted in the Baseball Hall of Fame in Cooperstown, New York.

After the League disbanded, Dunn majored in physical education at West Chester University, graduating in 1960.

In her college years and beyond, she played for the U.S. Field Hockey and Lacrosse teams. She later taught physical education and taught and coached at West Chester University.

Dunn died in a plane crash at 71 on Sept. 29, 2004, while piloting a single-engine aircraft out of New Garden Airport in Pennsylvania.

You can find out more about Gertrude Dunn at legacy.com.