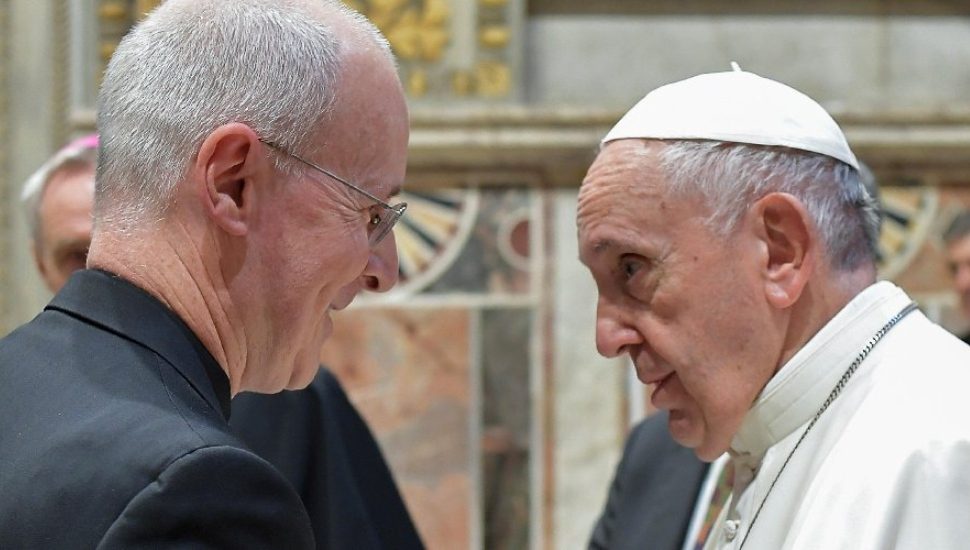 “I want to thank you for your pastoral zeal and your ability to be close to people, with the closeness that Jesus had, and which reflects the closeness of God,” wrote Pope Francis to Father Jim, referring to his Outreach LGBT Ministry Conference.

Over the last several years, Father Jim has gained the respect of many theologians and Christian leaders as one of the leading defenders of LGBTQ+ rights in the Church.

He authored Building a Bridge: How the Catholic Church and the LGBT Community Can Enter into a Relationship of Respect, Compassion, and Sensitivity in 2017.

This however made him a target of attacks by members of the U.S. Conference of Catholic Bishops and conservative blogs.

However, it gained favor with Pope Francis who Martin feels is a key aide in communicating support on certain issues, such as LGBTQ+ dignity, as the Pope continues to battle intensely anti-LGBTQ+ Vatican leadership dead set on maintaining Church traditions.