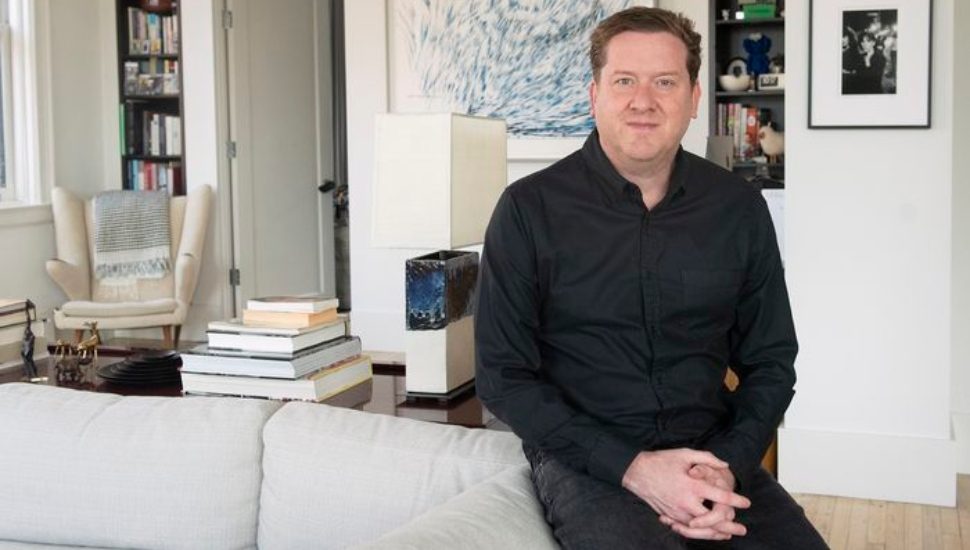 Image via Heather Khalifa, The Philadelphia Inquirer.
Patrick Keane in his NoHo apartment in New York.

Patrick Keane, a Wynnewood native and CEO of Action Network, a sports media firm, is taking full advantage of the current sports-betting craze, writes Andrew Maykuth for The Philadelphia Inquirer.

Keane is certainly no stranger to bold bets. As an eighth-grader at William Penn Charter School, he decided to ask his Wynnewood neighbor Richie Ashburn, a Hall of Fame baseball player, if he could shadow him for a day in his new job as a commentator for Phillies game broadcasts.

The answer was affirmative, and young Keane was treated to the sports night of his dreams.

That adventure influenced his adult journey to becoming a leader in the sports media business and the chief executive officer of Action Network.

The company, which provides betting insights and analytics, saw its value increase drastically after the 2018 decision triggered a surge in sports betting activity in Pennsylvania and around a dozen other states.

This led to the company being acquired last month by Better Collective, a Danish gaming company, for $240 million.

“I think it’s going to be a big opportunity for us and the team,” said Keane.

Read more about Patrick Keane in The Philadelphia Inquirer.