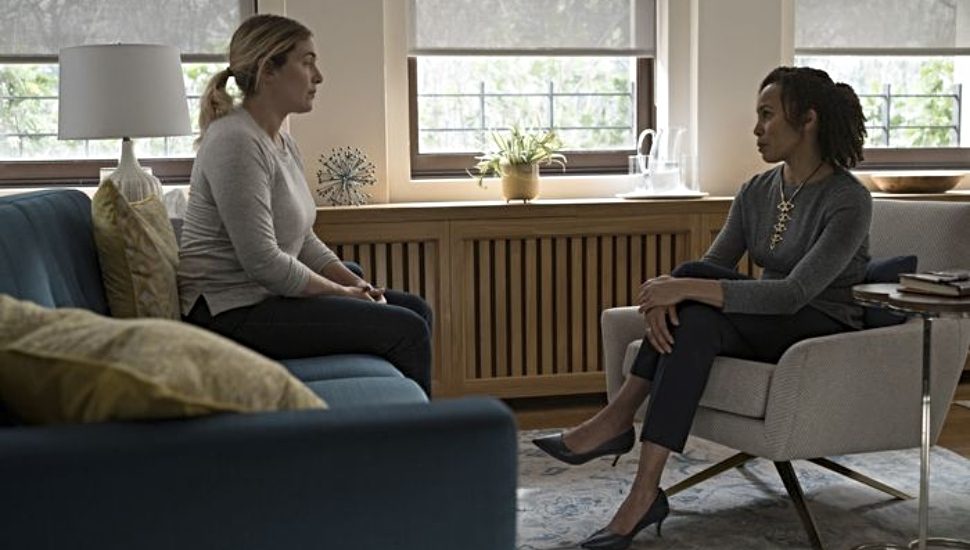 Image via Michele K. Short, HBO, The Philadelphia Inquirer.
Kate Winslet (left) as Mare Sheehan and Eisa Davis as Mare's therapist, Gayle Graham, in a scene from "Mare of Easttown." Therapist Ariel Stern from Ardmore was a consultant on the show.

While most of us had to wait for Monday to see how the hit HBO show Mare of Easttown would end, Ariel Stern, a therapist and the clinical director for the Ardmore office of A Better Life Therapy knew well ahead how things would turn up for the titular character, writes Ellen Gray for The Philadelphia Inquirer.

Stern acted as a consultant for the show that turned out to be a family drama and a meditation on grief just as much as a murder mystery.

During her consultations, she spoke with Kate Winslet, who played Mare, and the show’s creator Brad Ingelsby, a Berwyn native.

“A big thing we talked about was [Mare] going back up into the attic,” said Stern. “That was something that they were really interested in: How can we visually depict that she’s had a healing moment? And how do we make that authentic, and not sort of cliché?”

Stern was also present for the filming of Winslet’s therapy scenes.

“I thought they were really excellent,” she said.

Read more about Ariel Stern, therapist, and A Better Life Therapy in The Philadelphia Inquirer.