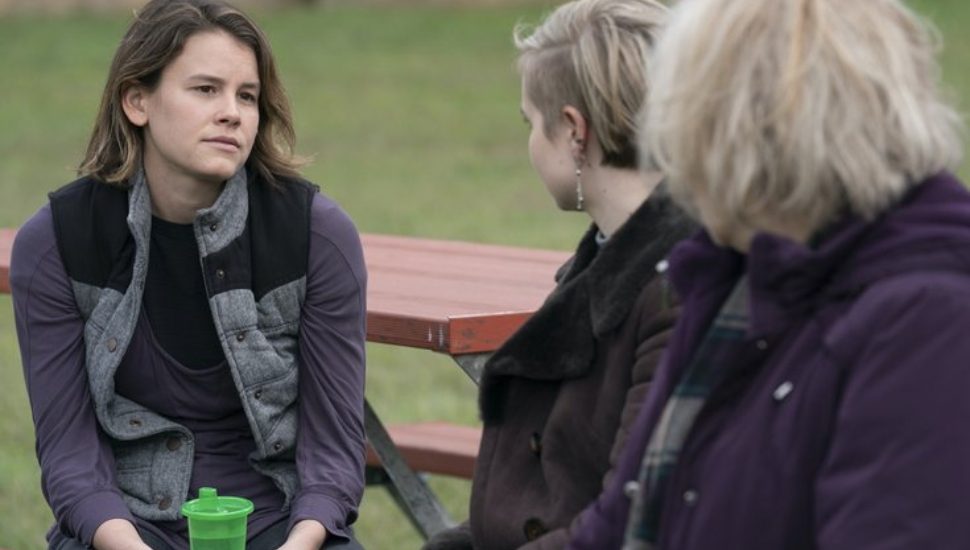 Image via Sarah Shat, HBO>
Acresses Sosie Bacon, Angourie Rice and Jean Smart in a scene from "Mare of Easttown".

“Mare of Easttown” has been in the news since filming in Mont Clare, Downingtown, Phoenixville, and other local towns.

The 29-year-old spent her early years visiting her grandfather in Philadelphia, architect and urban planner Edmund Bacon, the “Father of Modern Philadelphia.”

Bacon talked about her struggle with the Delco accent.

“It was hard, especially because my family is from Philly. Not only everyone I knew was going to judge the accent. I was also like, ‘oh my God, my family, I’m going to let them down if I don’t get this.’”

Bacon hadn’t been in Philadelphia since she was 13. She was a little star-struck when she dined with the cast the first time in the city.

“I really do love the city,” Bacon said. “I think it’s a special place and somewhere that people should really visit if they’re going to the East Coast. It’s so different from all the other major cities.”

Read more at phillyvoice.com about Mare of Easttown actress Sosie Bacon and her links to Philadelphia.