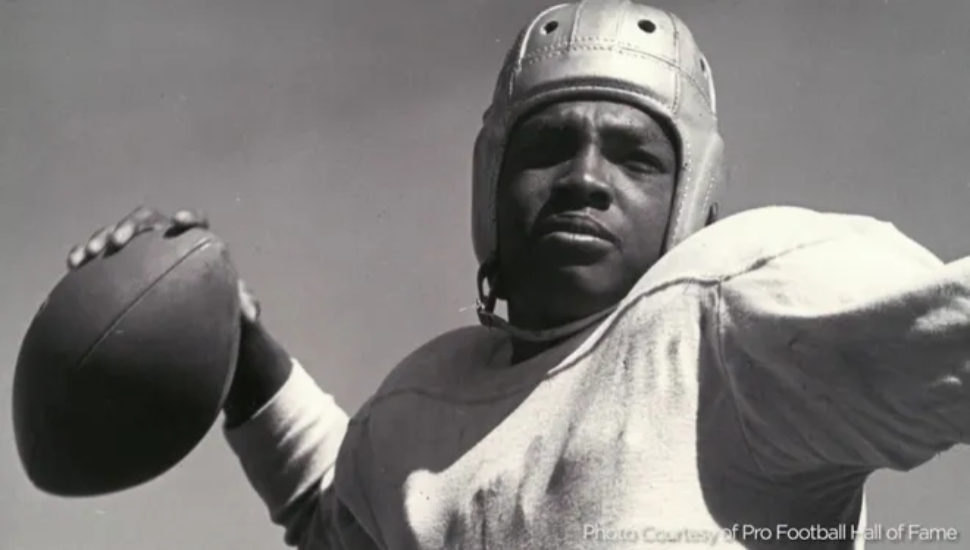 Image via The Pro Football Hall of Fame, The Palm Beach Post.
La Mott’s Wally Triplett, who broke the color barriers in college and professional football.

A new movie is set to introduce to the world the uniquely powerful story of La Mott’s Wally Triplett, a talented athlete who broke the color barriers in college and professional football, writes Cory Nightingale for The Palm Beach Post.

Wally Triplett, who grew up in an all-white neighborhood, received a football scholarship from the University of Miami in 1945.

The 5-foot-10 player immediately suspected the school assumed he was white, so he wrote back that he was Black. Unsurprisingly, the school rescinded his scholarship.

However, this rejection only served to strengthen Triplett’s dedication. He went to play for Penn State, where he became the first Black player to start for Nittany Lions.

Two years later, he became the first Black player to play at the Cotton Bowl in the then-segregated Texas. The year leading up to that game will be the main focus of the movie that is currently in development.

Triplett continued to break barriers after college, becoming the first Black NFL draftee to play in an NFL game with the Detroit Lions in 1949.

Read more about Wally Triplett in The Palm Beach Post.

Health & FitnessPat Croce a Changed Man … On a Frenzied Yet Peaceful Journey of Self-DiscoveryApril 29, 2021

HealthcareMay 1 Update: ZIP Codes Where COVID-19 Spread the Most and Least in Montgomery CountyMay 2, 2021