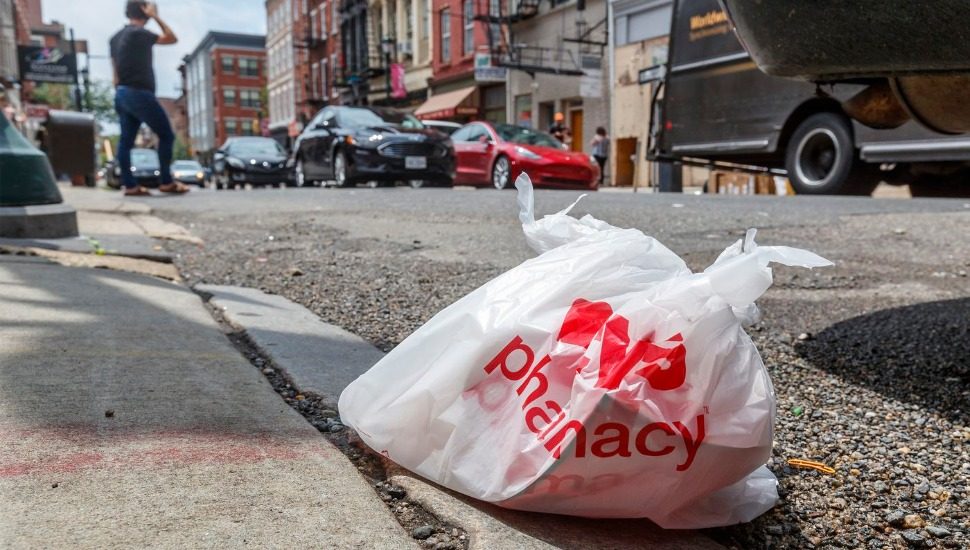 On Wednesday Narberth, Lower Merion, and nearby West Chester submitted a lawsuit against Pennsylvania over a law that is preventing them from enacting or enforcing bans on plastic bags, writes Laura McCrystal for The Philadelphia Inquirer.

Last May, Republican state lawmakers included a provision in a budget bill that blocks municipalities from banning single-use plastics, including bags and straws. The ban is effective until July or six months after Gov. Tom Wolf lifts his COVID-19 state of emergency order, whichever comes later.

The three municipalities along with Philadelphia claim in their lawsuit that this measure was unconstitutionally added into the state budget.

The municipalities already have or are planning on passing ordinances that regulate the use of single-use plastic in some way. Narberth enacted a 10-cent fee plastic bags ordinance in April 2019, while West Chester passed a ban in 2019 but its implementation has been pushed back. Meanwhile, Lower Merion officials want to implement a ban in the future.

The lawsuit seeks to strike down the state law to prevent any challenges after the implementation of these ordinances starts.

Read more about the lawsuit at The Philadelphia Inquirer by clicking here.

Real EstateSee Which Montco Municipalities Made List of Priciest Places in Philadelphia Region in 2020February 28, 2021

HealthcareDrive-thru Site for Distribution of COVID-19 Vaccine Under Construction Near King of Prussia MallMarch 3, 2021