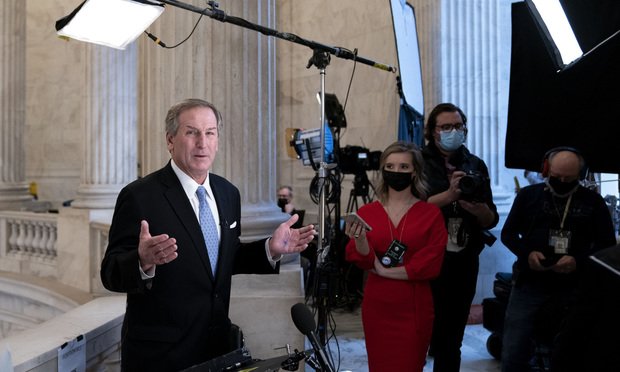 After defending former President Donald Trump in his second impeachment trial last month, Michael van der Veen, a Philadelphia-based attorney who lives in nearby Exton, is ready to pick up where he left off with little fanfare, writes Jeff Blumenthal for the Philadelphia Business Journal.

“We were busy when we took the case, and we’re still busy now,” van der Veen said. “We have received an increase in new business litigation, but not much else has changed.”

“The way my practice is divided up is exactly the way I like it,” said van der Veen. “I find it intellectually stimulating. And we have a slow growth process here, and I don’t want that to change either.”

However, after representing Trump, van der Veen feels he would also enjoy working on some more high-profile cases.

“I think you will see us hopefully tackle more hot button issues,” he said.

After Leading Trump's Operation Warp Speed, Gladwyne’s Moncef M. Slaoui is Back in the Biotech Business