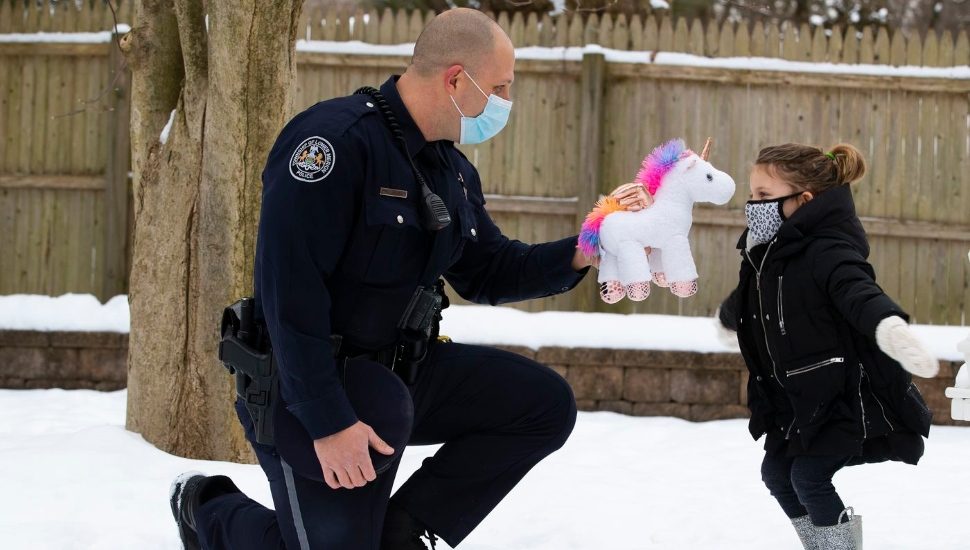 After helping a 4-year-old Mason Corrado through a seizure, Lower Merion police officer Michael Aluise went back the following day to surprise the girl with a special gift, writes Rita Giordano for The Philadelphia Inquirer.

On February 1, Maggie and Chris Corrado frantically called 911 after their daughter became unresponsive. Officer Aluise was the first one to respond and assess the girl.

“It appeared to me she was deep in a seizure,” Aluise said.

Once the ambulance arrived, Mason was taken first to Bryn Mawr Hospital, and then to Children’s Hospital of Philadelphia for further care.

And while it was still not determined what caused the seizure, she was ready to go home in the morning.

Meanwhile Aluise, the father of five daughters, wanted to do something special for the girl. So he bought a unicorn toy and a blanket and gave them to her parents.

The present was a huge hit with the girl, who immediately named her new friend Poppy.

The mother shared the kind gesture on the Lower Merion Community Network Facebook page which quickly earned Aluise praise and commendations from the entire community.

Read more about the touching gift at The Philadelphia Inquirer by clicking here.