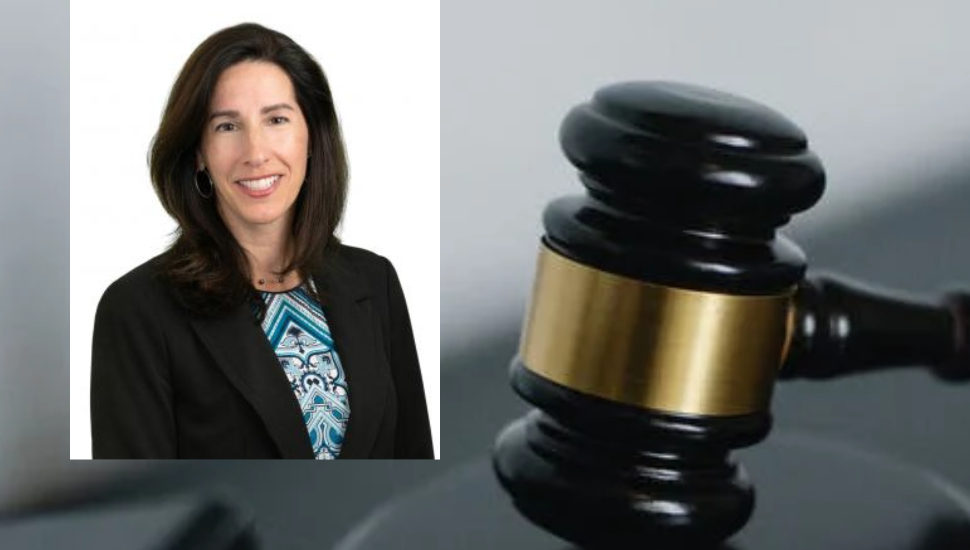 This included the election of the MBA’s officers for 2021, an awards presentation to honor outstanding contributions to the MBA and community, as well as the installation of its new president, Jacqueline M. Reynolds, Esq., with the ceremonial passing of the gavel.

Ms. Reynolds is a member of the Health Care Liability Practice Group in the King of Prussia office of Marshall, Dennehey, Warner, Coleman and Goggin. Throughout her 22-year career, she has provided legal counsel to physicians, physician practices, nurses, allied health professionals, hospitals and health systems.

She joined Marshall Dennehey in 1995 as a law clerk, and has remained with the firm since that time.

During her inauguration speech, Ms. Reynolds praised the accomplishments of outgoing President Patrick J. Kurtas, as well as past-presidents with whom she served and her fellow officers.

She also acknowledged her colleagues at Marshall, Dennehey, Wanter, Coleman and Goggin, namely Kate McGrath and Jack Warner, who encouraged her to join the Montgomery Bar Association when she joined the firm.

For the 2021 Bar Year, Sarinia M. Feinman, Esq. of Vetrano | Vetrano & Feinman LLC in King of Prussia will serve as President-Elect and Justin A. Bayer, Esq. of Kane, Pugh, Knoell, Troy & Kramer, LLP in Norristown will serve as Vice President.

In addition to new leadership being appointed, the following awards were distributed: