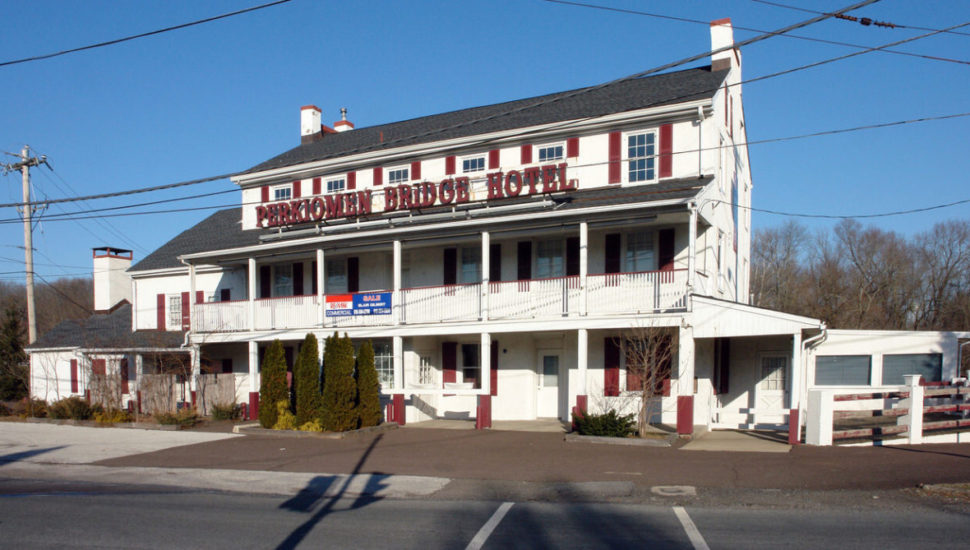 The Perkiomen Bridge Hotel is one of several grants that Pennsylvania approved for projects in the local community.

The iconic Perkiomen Bridge Hotel in Collegeville is going to see new life thanks to a $1 million grant awarded by the state to help with its restoration, writes Justin Heinze for the Patch.

This is one of several grants Pennsylvania approved for projects in the local community.

“I was happy to advocate for the funding, which also will create more jobs as construction and renovations begin,” said State Rep. Joe Webster.

And while it is still not clear what will be done with the hotel that dates back to 1689, it represents an important commitment from local authorities to preserve the structure.

For years, historians have been expressing their concerns over the fate of the hotel that is on the National Register of Historic Places.

The structure was originally constructed as a house by Edward Lane, an early settler in 1706, and later expanded into a hotel. Together with one of the country’s oldest stone arch bridges over a nearby creek, the building offers a compelling glimpse into the town’s past and the important role the region played in colonial history.

Read more about the Perkiomen Bridge Hotel at the Patch by clicking here.

Food and DrinkBaking Up the Best: These 4 Montco Shops Made the List of Top Philly Area BakeriesDecember 28, 2020

CollegevilleHotel of the Week: Courtyard by Marriott Philadelphia Valley Forge/CollegevilleJanuary 5, 2021