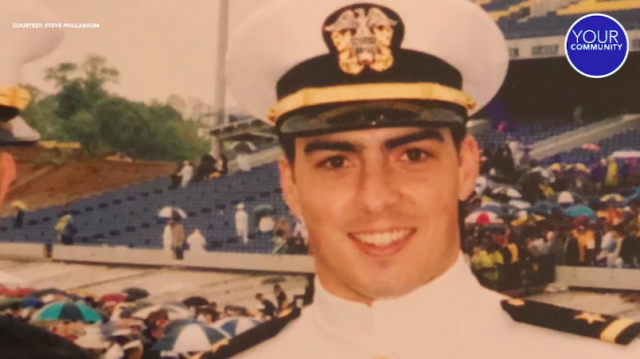 “The driving force behind me continuing to assist and help veterans is really continuing a life of service,” he said.

The 39-year-old Phillabaum serves on the board of The Veterans Group nonprofit. The organization runs a transitional homeless shelter in Philadelphia that can house more than 40 men. In addition to getting regular meals, veterans also get their educations reinvigorated and skill sets workshopped.

“It’s more about veterans helping veterans because a lot of us have figured out a way to get there,” said Phillabaum. “Let’s make sure that we leave no one behind and project that through future generations.”

The Collegeville veteran also serves as the treasurer and co-founder of Philadelphia Veterans Parade, which will have its sixth – but this time mostly virtual – annual event this weekend. The parade will be aired on 6abc on Sunday, November 8 at 12:30 p.m.

In addition to celebrating veterans, the parade also highlights the various programs available to local veterans.

Read more about Steve Phillabaum at 6abc by clicking here.