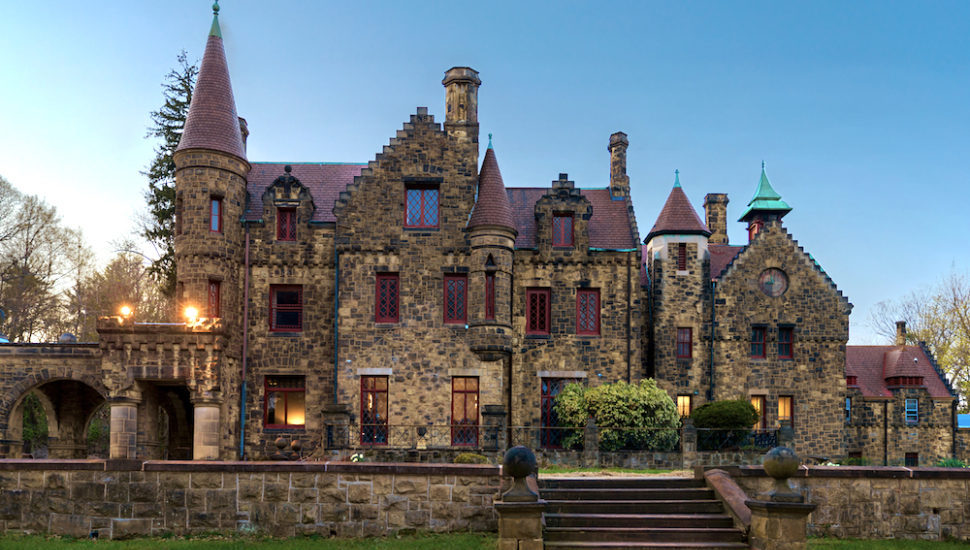 After years of litigation and failed plans, Maybrook Mansion in Wynnewood built to look like a Scottish castle is once again reclaiming its former glory. Image via Hidden City.

After years of litigation and failed plans, Maybrook Mansion in Wynnewood is once again on a way to reclaiming its former glory, writes Stacia Friedman for the Hidden City.

The majestic building was constructed in the late 1800s. It was designed by Watson Hewitt and William D. Hewitt for liquor baron and business magnate Henry C. Gibson to look and feel like a medieval Scottish castle.

The 35-room Gothic mansion with its 72-foot tower prospered for decades and even expanded with a fairytale-like two-story, 50-foot high ballroom where the Philadelphia Orchestra sometime entertained guests.

Since the 1950s, the property changed several owners and was part of the plans for several developments, all of which were blocked in court.

Finally, Haverford Properties entered into an agreement with the latest owner to create a 250-unit luxury apartment complex with the castle at its center.

“Residents have access to the castle’s renovated game room and parlor, and may also reserve use of its dining room,” said Charlie Houder, president and founder of Haverford Properties.

Even the ballroom is being renovated and will be available for rent.

Read more about Maybrook Mansion at the Hidden City by clicking here.