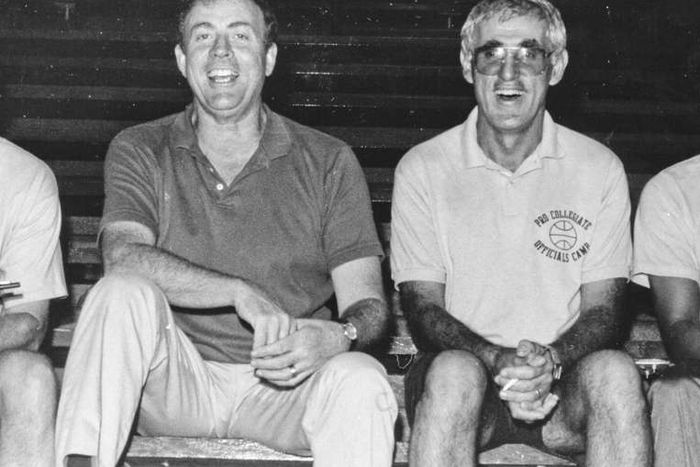 Pottstown’s Earl Strom, the legendary NBA referee whose retirement dinner brought the likes of Julius Erving and Magic Johnson to the SunnyBrook Ballroom on August 17, 1990, is one of the 2020 Philadelphia Sports Hall of Fame inductees, writes Frank Fitzpatrick for The Philadelphia Inquirer.

Strom, who died in 1994 aged 66, was the NBA’s most respected and well-known referee. During his long career, he officiated 2,400 regular-season games, as well as 295 in the playoffs. These included 29 NBA or ABA finals.

When refereeing a game, Storm was consistently fair, decisive, and unshakable. When he announced his retirement, he was begged by coaches and players to stay. A year after his death, he was inducted into the Naismith Memorial Basketball Hall of Fame.

“You can tell a lot about a person by who comes out to something like this,” said Magic Johnson at his retirement dinner. “And tonight, Earl, the stars among stars are here to honor you.”

Storm was honored again last week, this time by the Philadelphia Sports Hall of Fame, during a virtual ceremony.

Read more about Earl Strom at The Philadelphia Inquirer by clicking here.