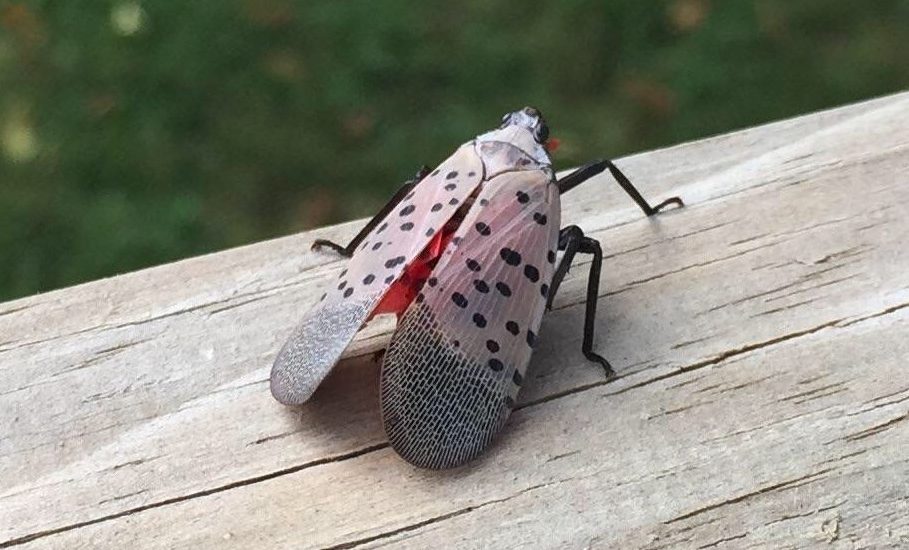 If you are ready to continue the fight against spotted lanternfly, now is the ideal time to kill the invasive pest’s eggs to prevent further population growth in 2021. Image via Reddit.

Controlling the problematic lanternfly population has proven to be particularly difficult, with numbers having jumped drastically since last year.

Rick Roush, Dean of Penn State’s College of Agricultural Sciences, attributed this to the “complexities of its preferred environments.”

In continuing research that began last year at Norristown’s Farm Park, scientists have discovered that applying specific insecticides to vegetation early on in the spring, during hatching season, could significantly reduce the population across the state.

Additionally, the study found that using synthetic insecticides made with an ingredient called “dinotefuran” slashed the lanternfly population by 90 percent in just a day, and remained effective for two weeks after application.

Though these results are promising, scientists would prefer to find an effective insecticide to use against the spotted lanternfly that is organic instead of synthetic.

“We are striving for an organic form of spotted lanternfly control,” said Dean Roush, “but need to have an enhanced understanding of circumstances under which it will be most effective.”