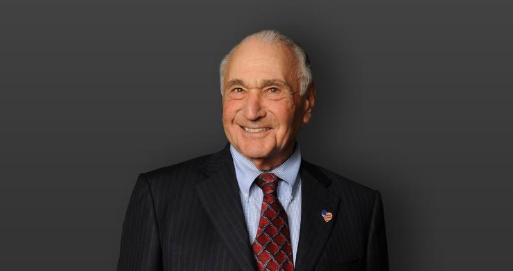 Daniel B. Green of Haverford, the former chairman and CEO of family-owned Firstrust Bank, died on August 26 at his second home in California aged 98. Image via Philadelphia Business Journal.

Daniel B. Green of Haverford, the former chairman and CEO of family-owned Firstrust Bank, died on August 26 at his second home in California aged 98, writes Bonnie L. Cook for The Philadelphia Inquirer.

Green was the second-generation leader at the bank founded by his father, Samuel A. Green, in 1934.

During his tenure at Firstrust, the bank opened 15 branches in the Philadelphia region. He also expanded the bank’s lending portfolio to include commercial real estate.

He retired as chairman emeritus five years ago, after more than six decades of service.

Green served on the Lankenau Medical Center and the Jewish Federation of Greater Philadelphia boards and was a founding member of Federation Housing, an organization that provides affordable housing and services for low-and-moderate-income seniors.

Green was also a founding member of Main Line Reform Temple in Wynnewood and together with his wife he established the nonprofit Daniel B. and Florence E. Green Family Foundation.

“He modeled a sense of fiscal discipline, customer centricity, resilience, innovation, and tenacity in all his work,” said his family.

Read more about Daniel B. Green at The Philadelphia Inquirer by clicking here.