From Unexpected Dance Invitation to Golden Anniversary for Collegeville Couple 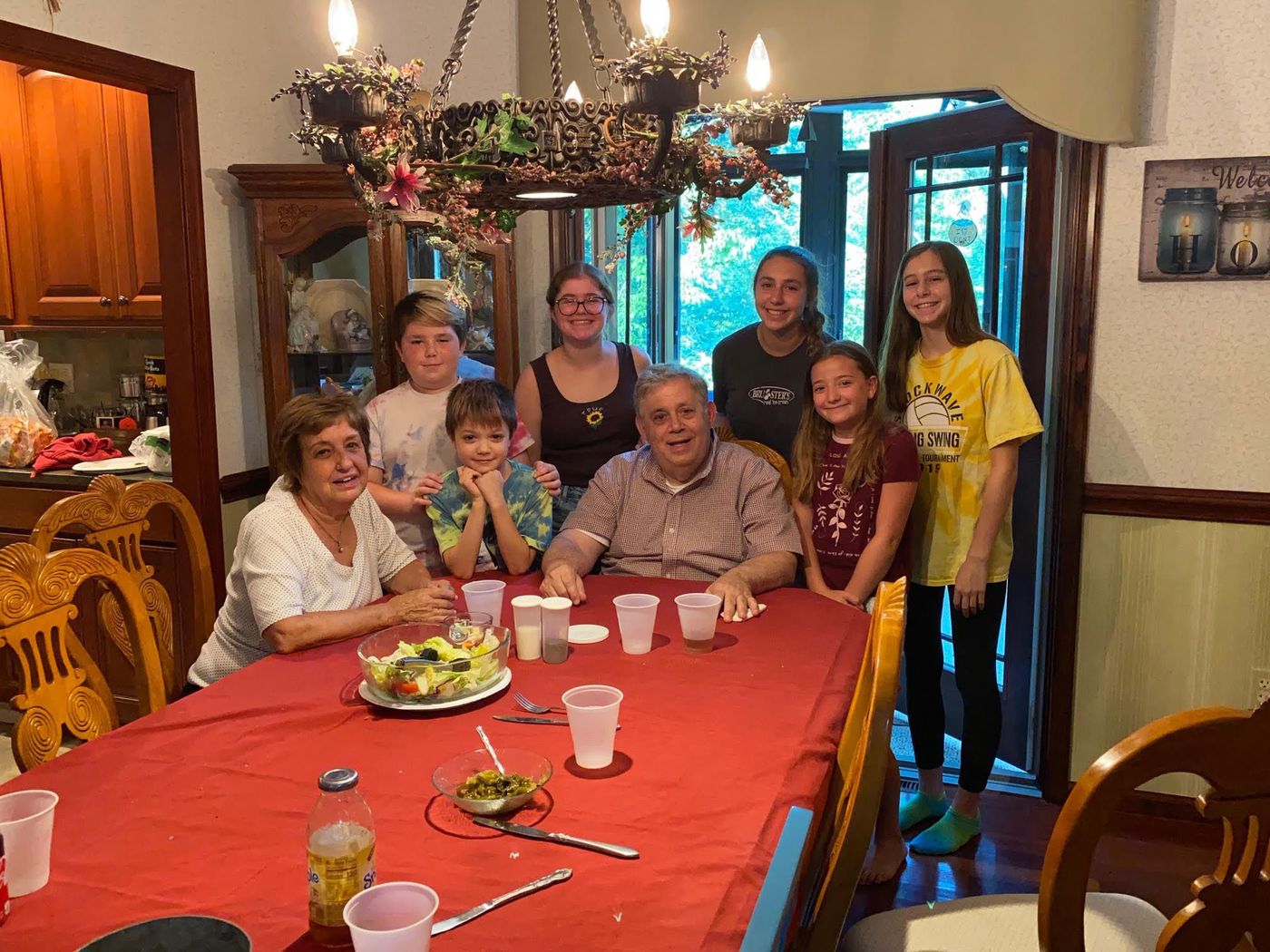 Paula (left) and Joe (center) with their six grandchildren. Image via Paula and Joe Pezzano.

Paula and Joe Pezzano of Collegeville have been married for 50 years, but it was her who had to take the first step and ask him to a dance – an unexpected but welcomed move in the 1960s, writes Kellie Patrick Gates for The Philadelphia Inquirer.

The pair dated for a few years before marrying in 1970. After serving in the Navy, Joe took an accounting job and the pair moved first to Upper Darby and then to their home in Collegeville with their three children.

When his firm announced it would be moving states, Joe started his own business, Bond, Pezzano & Etze, with full support from Paula.

Not much later, she decided to pursue her dream of becoming a nurse. So she earned an associate’s degree at Montgomery County Community College and a bachelor’s at Eastern University.

Now decades on, 69-year-old Paula and 70-year-old Joe are still working and hoping to celebrate their golden anniversary on Nov. 7 with their children, grandchildren, and friends at a restaurant where two decades ago Joe re-gave Paula her once modest engagement ring, now set with a large diamond.

Read more about the happy couple at The Philadelphia Inquirer by clicking here.