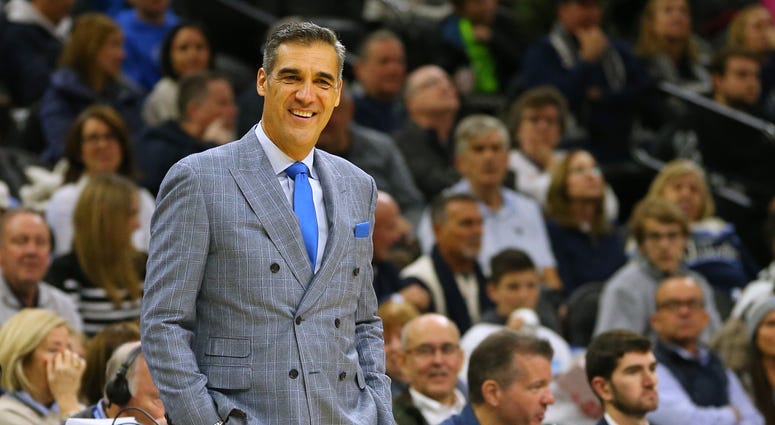 Villanova head basketball coach Jay Wright was in 7th or 8th grade when the Flyers won the Stanley Cup, he tells Glen (MacNow) and Ray (Didinger) on 94WIP’s Tell Us Your Story with Glen and Ray.

“It was so big the first time they won it because we hadn’t won anything in a long time. Everyone knew the city was going to go crazy and I remember them telling us ‘you better come to school, don’t go to the parade’.

“Of course, we all got on the Frankford El to go to the parade. It was so different back then because they didn’t have crowd control. We were jumping up on the busses, it was crazy! It was the first memory I have of a championship city.”

Wright became part of Philadelphia sports legends when Villanova won the NCAA Tournament championships in 2016 and 2018.

“That means a lot to me. I love being a part of the Philadelphia sports scene,” he said.

“The fact that we are a part of that, which I’m starting to understand, and that Philly takes some pride in it, I really like that.”

For Villanova’s Jay Wright, Being Assistant Coach for USA Basketball in China Was Eye-Opening