Home Archive Blocked from Operating During Pandemic, Gilbertsville Flag Manufacturer Will Get a Chance to Distribute Flags Ahead of Memorial Day

Blocked from Operating During Pandemic, Gilbertsville Flag Manufacturer Will Get a Chance to Distribute Flags Ahead of Memorial Day 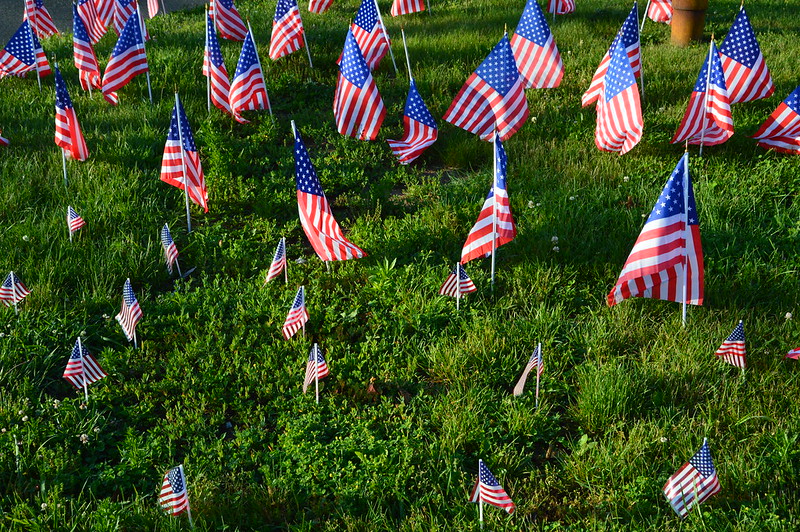 Flags along Ridge Pike in Trappe. FlagZone, a flag manufacturer in Gilbertsville that has been blocked by Gov. Wolf from operating during the pandemic will get to distribute flags for Memorial Day. Image via Montgomery County Planning Commission.

Posted By: Ken KnickerbockerPosted date: May 21, 2020In: Archive, Manufacturing

With Memorial Day approaching, Gov. Wolf’s decision to block FlagZone, a flag manufacturer in Gilbertsville, from operating during the pandemic has come under the spotlight, writes Jessica Calefati for The Philadelphia Inquirer.

“Gov. Wolf is not allowing companies that distribute U.S. flags to ship out orders to be placed at veteran’s graves for Memorial Day,” posted State Rep. Brad Roae on his Facebook page.

FlagZone is one of only a half-dozen American flag manufacturers across the country. It typically distributes over six million small stick flags each year. The flags are then placed beside the headstones of fallen service members during preparations for Memorial Day.

Casey Smith, a spokesperson for the Pennsylvania Department of Community & Economic Development, said that the priority of Wolf administration is to protect the health and well-being of Pennsylvanians. And while flag making is patriotic, it simply is not “life-sustaining.”

Still, after intervention by several elected officials, FlagZone was granted the green light to ship some flag orders.

“We’re just excited to get these flags out after months of being shut down,” said FlagZone president Daniel Ziegler.

Read more about FlagZone at The Philadelphia Inquirer by clicking here.

Zern’s Farmers Market in Gilbertsville Up for Sale

Zerns Farmers Market, Gilbertsville, calls it quits after a century