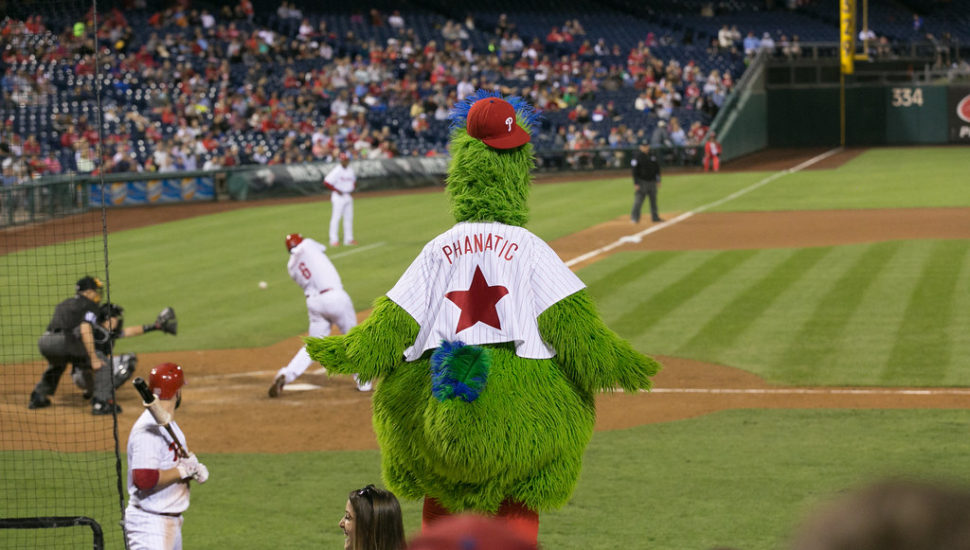 With a prophetic belly rub, Phillie Phanatic welcomed Phil Gosselin to the Philadelphia Phillies even before the infielder was born, writes Bob Brookover for The Philadelphia Inquirer.

The famous mascot first appeared at Veterans Stadium a decade before Gosselin was born in Bryn Mawr.

“When my mom was pregnant with me, the Phanatic came over and rubbed her belly,” said Gosselin. “I guess that’s a real early encounter. I don’t have any memories, but it’s something that happened. I guess it was a little good luck. My mom jokes about it to this day.”

A Malvern Prep graduate, Gosselin became the tenth player named Phil in Phillies’ history. However, thanks to that lucky encounter with the famous mascot, he is the only player to join the team after being rubbed in his mother’s womb by the Phillie Phanatic.

Recently, the Phanatic has undergone some changes due to issues between the team and the designers over the rights to the mascot. Luckily, the makeover to the mascot has not been as drastic as some had feared it might be.

Read more about Phil Gosselin at The Philadelphia Inquirer by clicking here.