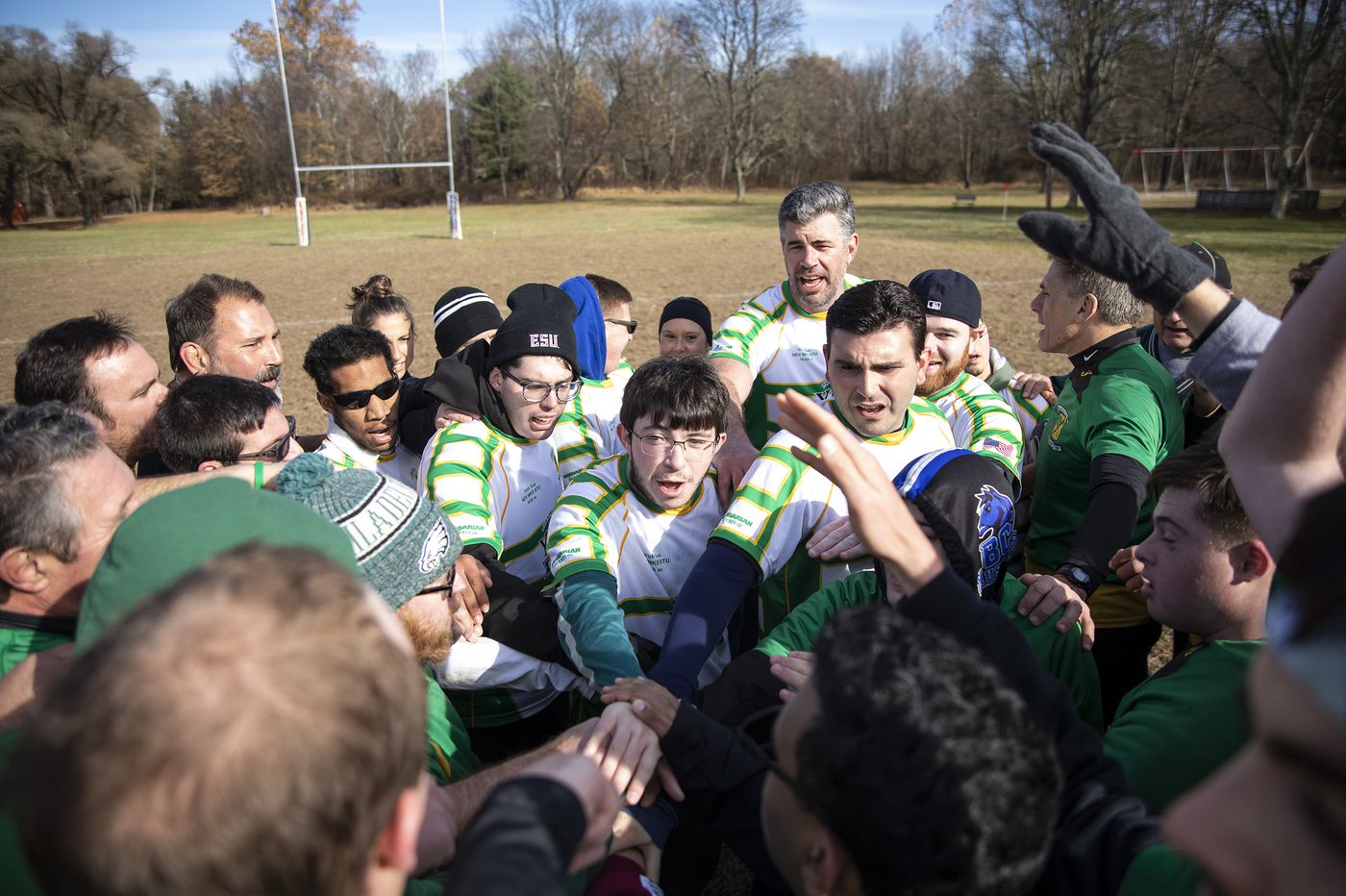 It was an emotional gathering for the final game of the Blackthorn Inclusive Rugby Team. Image via Tyger Williams, The Philadelphia Inquirer.

Emotions ran high as the two teams took to the field after weeks of practice for the mixed-abilities rugby team exhibition game at College Settlement Camp in Horsham, writes Helen Ubiñas for The Philadelphia Inquirer.

The team members all belonged to the same club, the Blackthorn Rugby Football Club in Horsham. The idea for the mixed-abilities team came from the club’s director of special projects, Allan Corless.

Corless, whose son AJ is autistic, has coached special-needs teams for decades. But he had always wanted to start an all-ages, mixed-abilities rugby team. The response to the formation of the team – the first of its kind nationwide – was overwhelming.

“It gives them a sense of belonging and competitiveness and toughness,” said Lourdes Tate, mother of one of the players.

Over the following weeks, dedicated coaches taught the players both the fundamentals of the sport and sportsmanship. This knowledge was finally put to a test in last week’s game.

And while the rule was no contact, the exuberance of everybody involved sometimes can lead to some harmless spirited play. But by the end, one thing was for sure. Everybody had a great time.

Read more about the game at The Philadelphia Inquirer by clicking here.