New Brewpub with Sterling Pedigree to Open in Collegeville 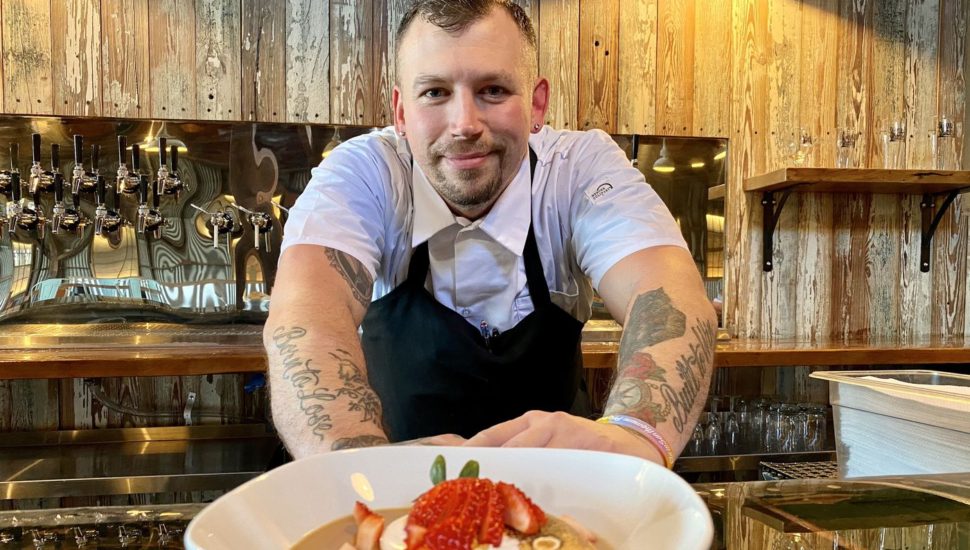 Troubles End Brewing, a new brewpub with twenty-eight taps and a sterling pedigree, will open at Collegeville Station on March 5. Image via Inquire.com

Troubles End Brewing, a new brewpub with a sterling pedigree, will open at Collegeville Station on March 5, writes Michael Klein for The Philadelphia Inquirer.

The new establishment is backed by brothers Dave and Nick Bellenzeni, brewer Zachary Svoboda, formerly of Forest & Main, and Casey Parker, a partner in the Pistola’s bars in Philadelphia. Meanwhile, the food section will be handled by Chef Kris Serviss, formerly of the critically praised Blue Duck in Northeast Philadelphia.

The new brewpub offers spacious surroundings with plenty of reclaimed wood, old windows, and corrugated steel. The space also has a stage for live music and a nice view of Svoboda’s brewing equipment.

Troubles End has 28 taps, twenty of which are reserved for beer, six for wines, and two for cocktails. From the start, the brewery will offer five of its own beers and 15 guest taps. The goal is to reach a 50-50 mix.

“We want some of the best beer from across the country and the world,” said Dave Bellenzeni.

Food offerings will include Nashville chicken egg rolls, French onion mac and cheese, and chicken fried pickles, among many other things.

Read more about Troubles End Brewing at The Philadelphia Inquirer by clicking here.