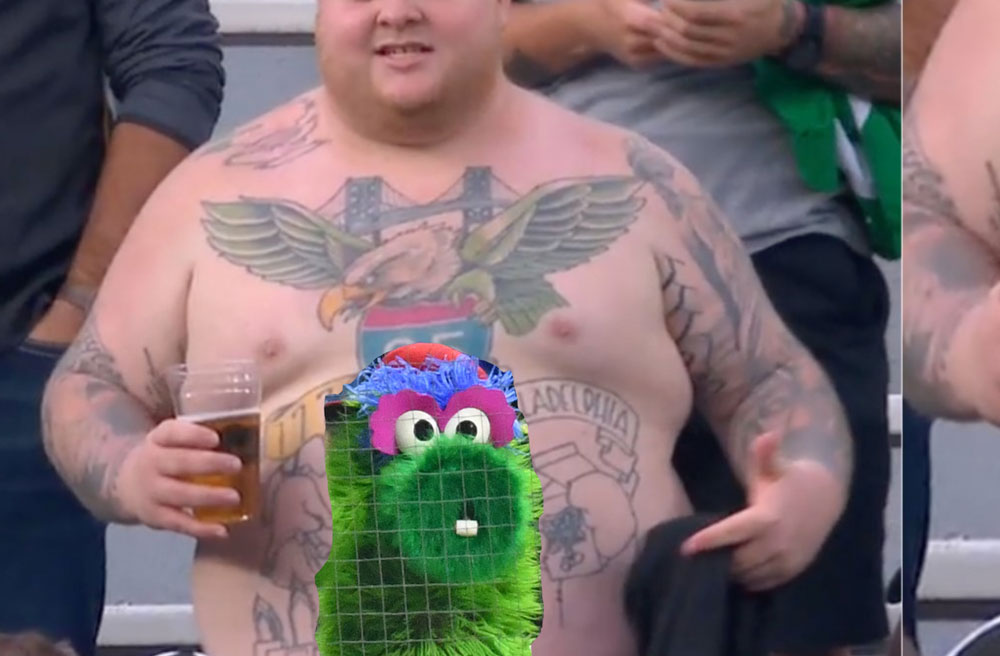 Rob Dunphy, a Penn State Abington student famous for his many sport-related tattoos, was not happy when he heard Phillies were making changes to their mascot, the Phanatic, writes Enrico Campitelli for NBC Sports.

The main reason is that Dunphy has the mascot tattooed prominently on his stomach, with the snout strategically positioned over his belly button.

“I was scared at first that it was going to be a complete change,” said Dunphy. “‘This is going to be my luck,’ I thought. ‘I go viral with the Phanatic on my stomach and then they go and drastically change it.'”

However, he was relieved when he saw the changes made to the big green guy were more subtle, including a shorter snout and different shoes.

“The only thing that really looks different now from the tattoo is the stars around the eyes,” said Dunphy.

But despite this change, he has no plans of altering the Phanatic on his tattoo.

“Tattoo is staying the same,” he said. “I’m adding more stuff around it, color everything. Phanatic is staying as is.”

Read more about Rob Dunphy at the NBC Sports by clicking here.