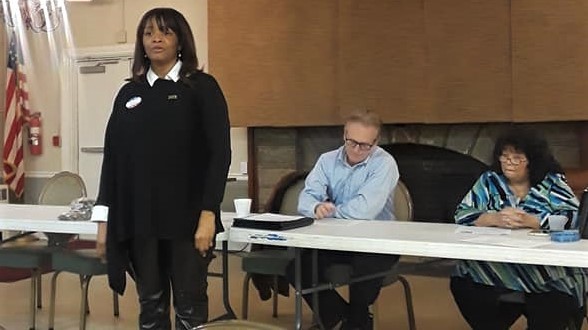 Barnette is the first African-American woman candidate to be nominated by the Republicans for the district. She is also the author of Nothing To Lose, Everything To Gain – Being Black and Conservative In America book.

Barnette grew up in Southern Alabama on a small pig farm with no running water or insulation in the home.

The family survived in part thanks to their small garden that Barnette tended along with her grandmother.

However over the years, Barnette kept persevering and became the first in her family to graduate from college.

The candidate said her journey to a better life from her humble beginnings could only happen in America.

During her acceptance speech, Barnette said that there is a long and challenging fight ahead of her.

“This fight is not just about me,” she said. “It’s about all of us.  It’s about the type of America we want to raise up our next generation.”

She added that the change everybody wants to see cannot just come from the top down.

“It will come from people like you and me,” she said.