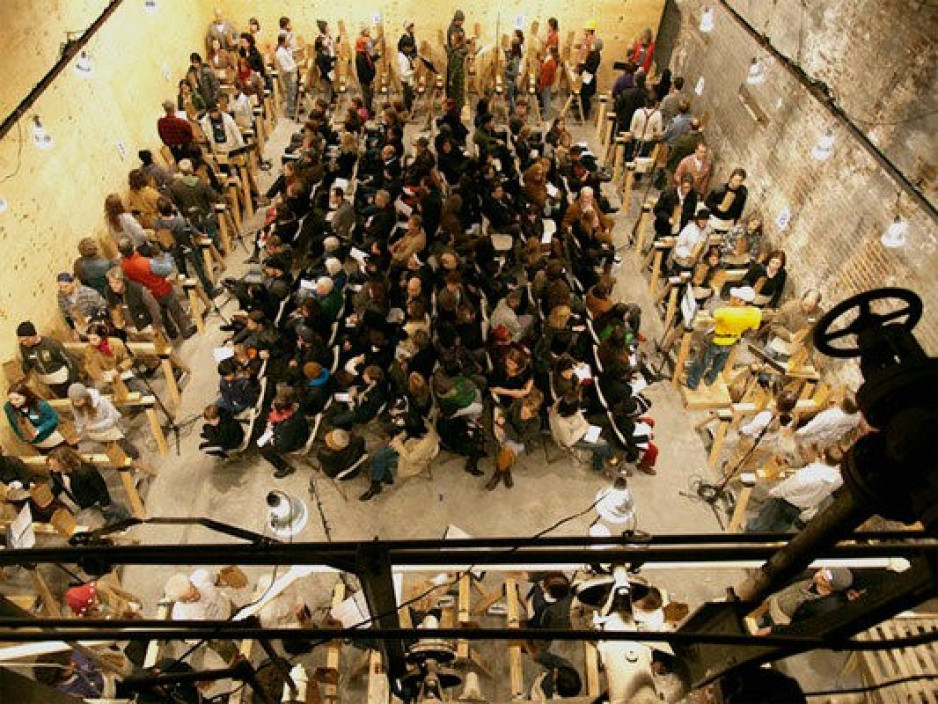 Music for 150 Carpenters. Image via Ursinus.edu.

Ursinus College’s Berman Museum of Art currently has four terrific exhibits, including “Music for 150 Carpenters,” a multimedia work that celebrates the 150th anniversary of the college and the museum’s 30th birthday, writes Edith Newhall for The Philadelphia Inquirer.

Henderson conducted an orchestra of 150 players that included actual carpenters, local artists, and the college’s faculty, staff, and students, in a symphony of carpentry-inspired sounds. T

hese included the sounds produced from hammering nails into sawhorses and jiggling tools in carpenter’s aprons.

Today, the performance lives on as a reproduction of the video shot from above. The video is projected onto the floor of the gallery, while the audio is played simultaneously on multichannel surround sound.

The museum is also showcasing “David Scher: The Tool-bag Years,” a small exhibition of the artist’s ink-and-watercolor drawings of carpenters at work.

Read more about the exhibits at The Philadelphia Inquirer by clicking here.