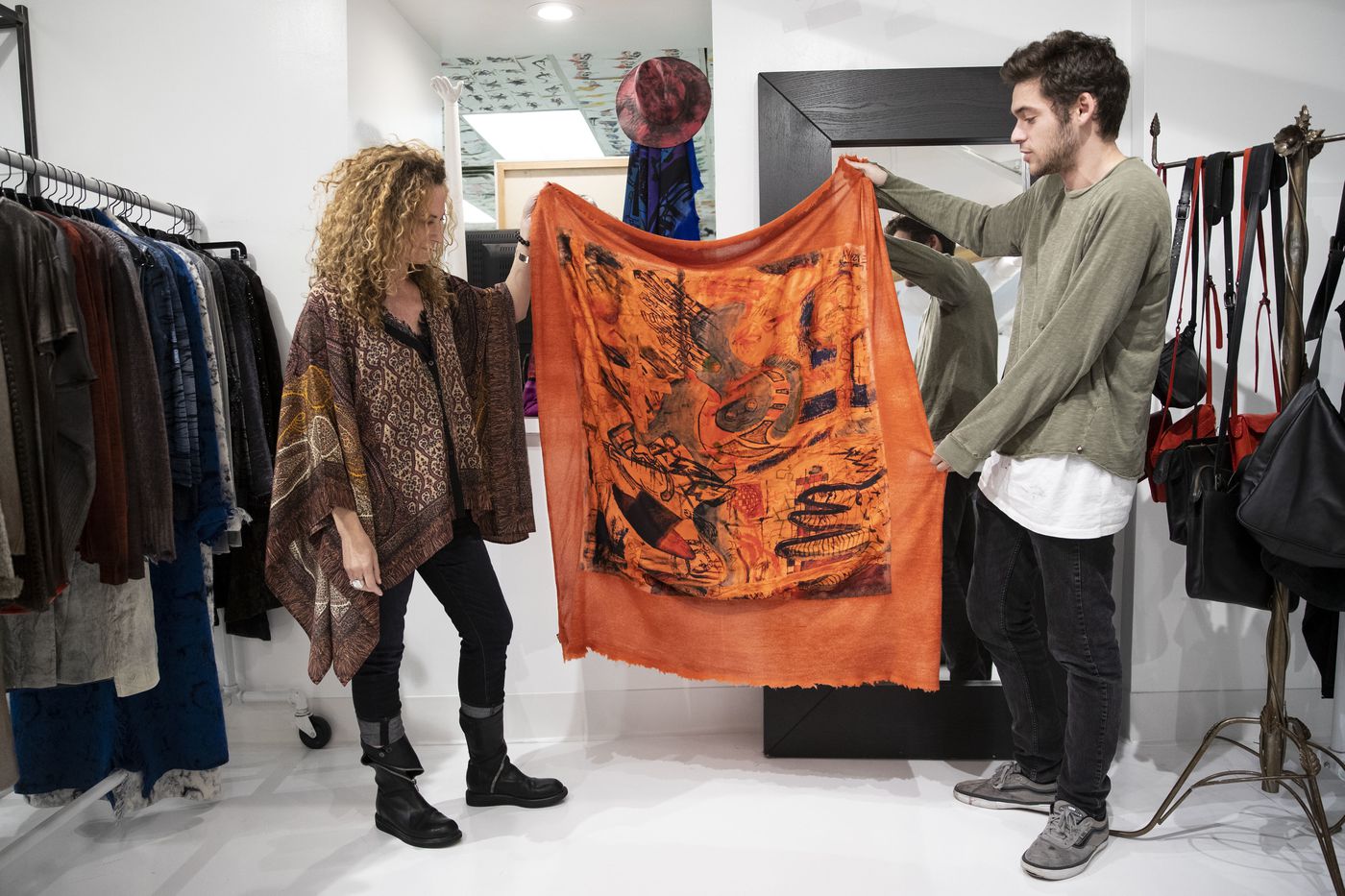 Ellen Shepp Weinstein and son Jesse Weinstein hold up a scarf he designed, at Joan Shepp in Philadelphia. Image via Monica Herndon, The Philadelphia Inquirer.

Jesse Weinstein, a Springfield Township High School graduate and grandson of legendary boutique owner Joan Shepp, is still getting used to having his drawings featured on an exclusive collection of Italian silk and cashmere Avant Toi scarves that retail for over $1,000 apiece on several continents, writes Elizabeth Wellington for The Philadelphia Inquirer.

“When I first saw the scarf, my grandmother bought it back with her from Paris, and I thought it was … well, beautiful,” said Weinstein. “The way I’ve been processing this is very gradual.”

Before his latest fashion gig, the 20-year-old student at Temple’s Tyler School of Art had been creating limited-edition T-shirts and hoodies with screen prints under the moniker Aygz.

However, his latest art-as-fashion collaboration brought his work to a whole new level. Now Avant Toi is an exclusive global brand that sells products to the world’s most elite specialty stores, including Philadelphia’s Joan Shepp.

Also, in addition to his fall collection, the young artist will soon have his works featured in Avant Toi’s upcoming spring collection.

Read more about Jesse Weinstein at The Philadelphia Inquirer by clicking here.