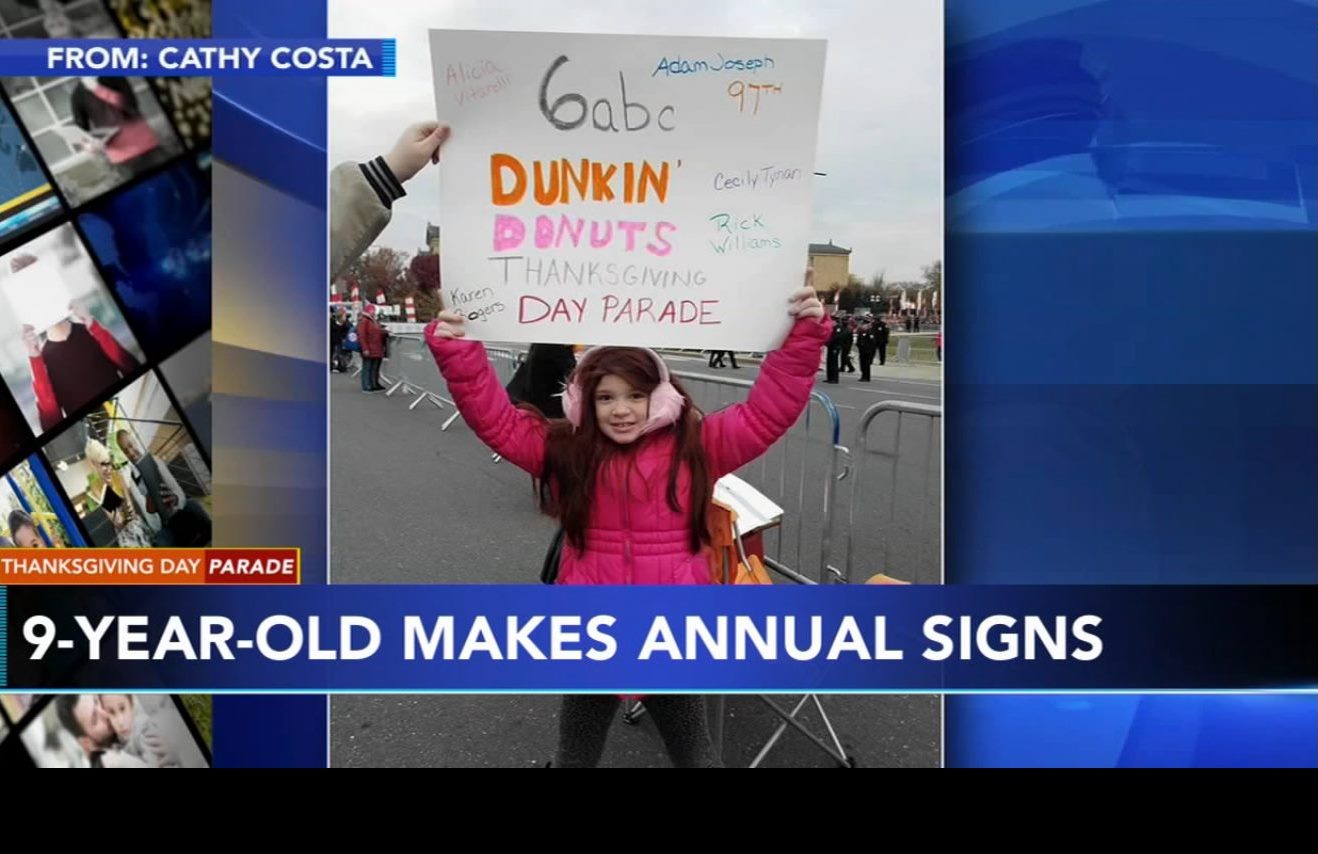 Nine-year-old Catrina Costa from Conshohocken is busy making signs for this year’s Thanksgiving Day Parade in Philadelphia, continuing a tradition she began as soon as she learned how to write, according to a staff report from the 6ABC.

Costa has attended the parade celebration every year of her life, the more recent ones always with a hand-made sign in tow. Some of the past signs included the parade logo and shout-outs to the Action News parade hosts.

However, the girl said she is not making the signs for attention.

“I’m making signs for the people who go to the parade and those in the parade“, she said. “I thought it would be nice and it would make them feel nice how people think about them“.

These days her works always draw attention ,including from the media covering the event. This means that the chances are that even people considering staying home on the big day will still be able to see one of her posters while watching the Thanksgiving Day Parade live on television.

Read more about Catrina Costa at the 6ABC by clicking here.