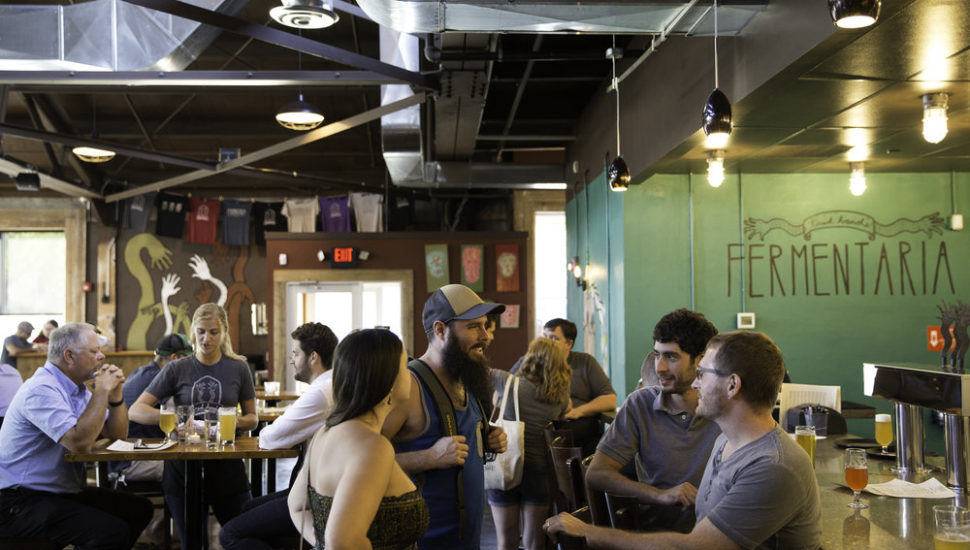 Tired Hands Brewing in Ardmore has made The 50 Best American Breweries of the 2010s list which was recently published by the Paste Magazine. Image via Tired Hands Brewery.

in Ardmore is one of the best breweries of the decade in the nation, writes Jim Vorel for the Paste Magazine.

The brewery ranked forty-third on the newly published The 50 Best American Breweries of the 2010s list.

One of the things that ensured the local brewery a place among the very best is its skillfully made and creative milkshake IPA.

While Tired Hands has brewed a wide variety of styles over the years, the milkshake IPA remains its most famous creation.

The brewery was the first to use lactose in a style where it was basically a foreign substance, allowing it to boost both the creamy texture and refined sweetness of their IPAs in a way that works marvelously when combined with fresh fruit purees.

Many have tried to imitate the enjoyable beverage, but none seem able to find the same ideal balance between fruity vivaciousness and the sweetness that overwhelms so many other attempts to create a similar style.

While it might not be a taste everybody will crave, Tired Hands has managed to demonstrate milkshake IPA’s at their very best.

Read more about Tired Hands Brewing at the Paste Magazine by clicking here.