‘Spiced Wafers are the original pumpkin latte,’ but who knew they were a local product? 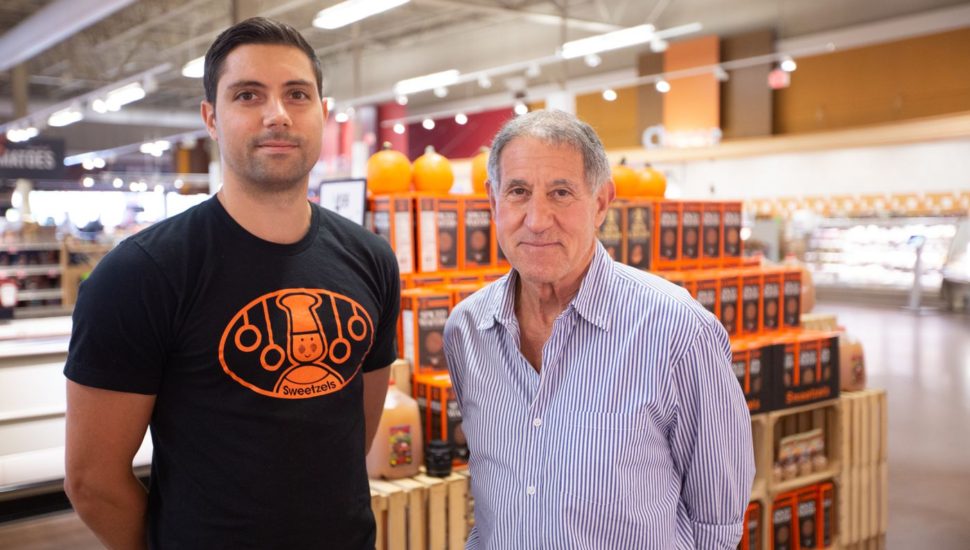 Rob Borzillo (left), vice president of sales at Sweetzels and his father, Sweetzels president Bob Borzillo. While production of the ppiced wafers, a hard cookie similar to a gingersnap but with a more complex flavor profile, shifted to Alabama, Sweetzels’ headquarters sits in a nondescript office above a Flourtown jewelry store. (Image via The Inquirer)

Spiced wafers, a hard cookie similar to a gingersnap but with a more complex flavor profile, may be the Philadelphia region’s best-kept secret, writes Carolyn Wyman for The Philadelphia Inquirer.

“It’s so big here,” said Nancy Morozin, who works at the Dining Car restaurant in Northeast Philadelphia and offers customers a milkshake with crushed spiced wafers. “But if you drive 60 miles, they’re like, ‘Spiced — what?’”

Like apple cider and Halloween candy, the factory-made cookies are popular in the fall and generally belong to one of two brands, both of which have local ties: Sweetzels or Ivins.

The former’s popularity is belied by the company’s world headquarters, which is hidden behind an unmarked door above a Flourtown jewelry store.

“We don’t want to have to deal with people knocking on the door looking to buy cookies,” said Rob Borzillo, who runs the business from that small office with his father and sister.

The latter, meanwhile, is the house brand of Acme, which is based in Malvern.

Click here to read more about spiced wafers in The Philadelphia Inquirer.