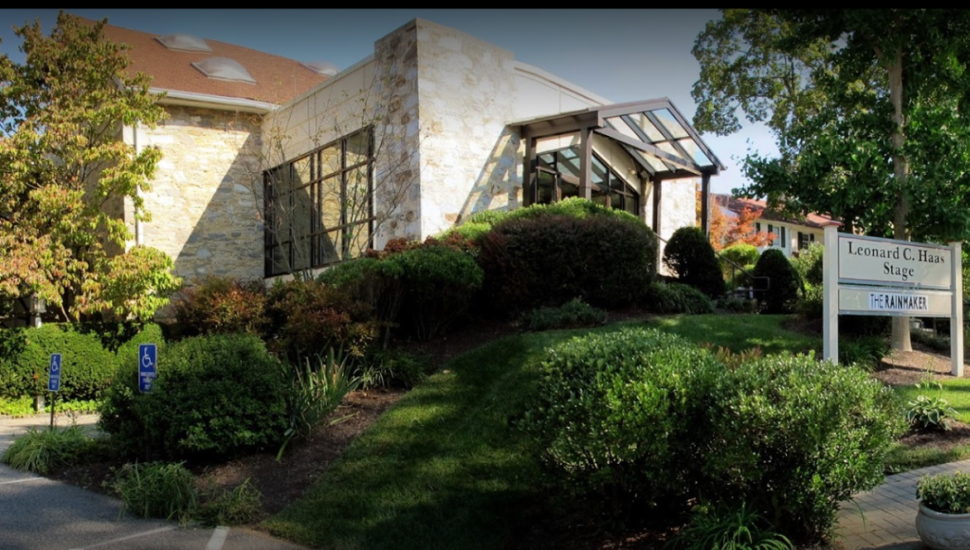 Residents in the Greater Philadelphia area will be able to experience the smart caption glasses during the 2019/20 season at People’s Light. (Image courtesy of Google Maps).

The Smart Caption Glasses display a synchronized transcript of the play’s dialogue and sound from the production directly onto the lenses of the smart glasses (manufactured by Epson). Lightweight and entirely customizable, smart caption glasses provide a radical departure in how open captioning is delivered, according to a press release.

Residents in the Greater Philadelphia area will be able to experience the smart caption glasses during the 2019/20 season at People’s Light, located in Malvern, Pennsylvania. This project brings the Institute on Disabilities and People’s Light one step closer to a common goal of making Philadelphia the most accessible city for the arts in the US.

“We have been developing this ground-breaking technology since 2014, with the aim of transforming access to the arts.” said Jonathan Suffolk, Concept Designer and Project Director at the National Theatre. “I’m delighted Temple University and People’s Light Theatre share our vision and see the potential smart caption glasses have to enable better audience access for all. The National Theatre leads the way in technical innovation in the theatre sector and we look forward to collaborating with Temple University and People’s Light to bring the Smart Caption Glasses to audiences in Pennsylvania.”

This work is an extension of the Institute’s mission to create a society where all people are valued and respected and included.  In Pennsylvania alone, 1.1 million residents experience hearing loss, representing 8.58% of the Commonwealth’s population. Most theaters only offer a handful of open captioned performances during the run of any given show (if captioning is available at all). Smart Caption Glasses make it possible for all performances to be captioned. People who are Deaf or experience hearing loss can attend any performance they like, in the company of their families and friends.

“We’re incredibly proud of People’s Light, the National Theatre of Great Britain, and the Institute on Disabilities at Temple University for their efforts to make the arts accessible to all,” said Jessica Willingham, Valley Forge Tourism & Convention Board (VFTCB) Director of Government & Cultural Affairs. “At the VFTCB, we pride ourselves on giving people the best possible experience when visiting Montgomery County. From becoming one of the 1st ADA compliant websites in the region to promoting People’s Light and our arts partners who provide people in the deaf and hearing loss communities with opportunities to experience the arts, this further enhances the visitor experience in our region.”

Smart Caption Glasses will be piloted from October 1 – October 13, during the People’s Light production of Dot and will be available to the general public in January, during the theatre’s production of The Children. “As a gathering center for cultural and civic exchange, People’s Light prioritizes meaningful inclusion and equitable arts experiences for all.” said Abigail Adams, Executive Artistic Director, People’s Light. “The smart caption glasses solution is urgently needed for our visitors, and across the field. To create a Theatre that welcomes all and excludes none is no longer a lofty aspiration, it has become the daily work of People’s Light.”

Starting in January, Smart Caption Glasses will be free to patrons and can be reserved online in advance of the show. Patrons can request smart caption glasses on the same day as the performance, subject to availability. “It will be so exciting for theatergoers with hearing loss to again enjoy the many venues that they had to give up years before.” said Alan Kutner, President of the Hearing Loss Association of America (HLAA)-Delaware County Chapter of Pennsylvania. “The upgrading of devices to help those who are hard of hearing has been a revolution in recent times.  It is so exciting to be alive and witness this dramatic progress!”

The Smart Caption Glasses project is made possible with generous support from the John S. and James L. Knight Foundation, The Barra Foundation and the National Endowment for the Arts.

UK state secondary schools. The National Theatre invests in the future of theatre by developing talent, creating bold new work and building audiences, partnering with a range of UK theatres and theatre companies.