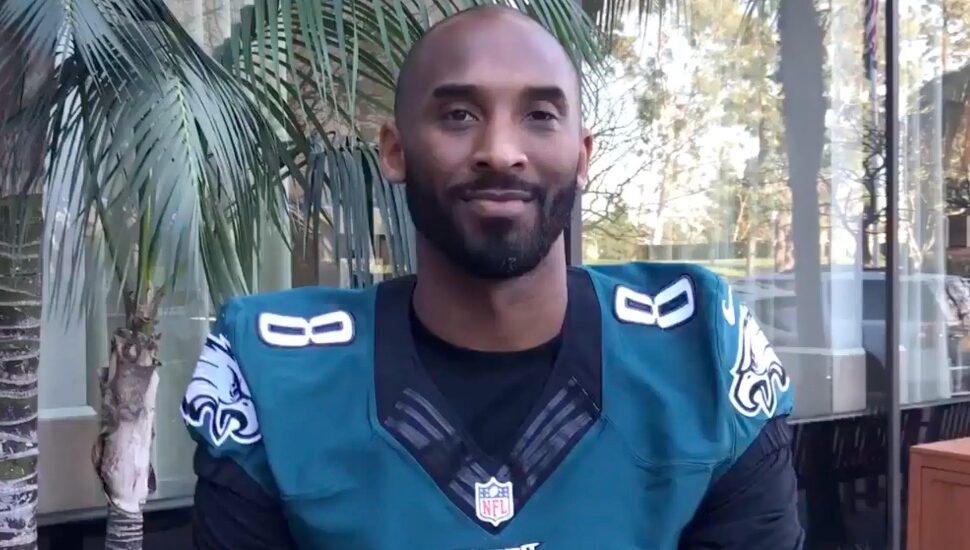 Monday Night Football started out strong for the Eagles, with a crushing defeat of the Minnesota Vikings. But second-year coach Nick Sirianni didn’t want the team to let its guard down ahead of week three at the NFC East, when they would go head-to-head with Washington, writes Matty Breisch for ClutchPoints.com

The Washington Commanders had been building momentum for the first two weeks of the season, as had the Eagles. Sirianni didn’t want his team to lose steam, either. So he channeled a basketball legend and former Lower Merion High School player for inspiration.

While the coach couldn’t call up Philly-born Kobe Bryant for a live pep talk, he resorted to Bryant’s documentary, Redeem Team, on Netflix for the I-95 ride to FedEx Field.

A Bryant quote in the film, recalling his play in the 2008 Olympic Games, resonated with Sirianni: “Oh, ain’t no way we’re losing this game,” Kobe said at the time, in consideration of an international opponent. “We’re about to beat the s— out of Spain.”

The sentiment reflected Bryant’s team commitment over a personal relationship that was shading the approaching match-up for him.

He was friends with Pau Gasol, his Spanish teammate with the L.A. Lakers, but had to play against him in that year’s games.

The quote was clear: He was not going to let his opponent’s status as a friend get in the way of a win.

Sirianni saw the parallels between Bryant’s situation and the Eagles’.

“It was a perfect video to add to the story I was telling there …,” Sirianni noted. He cited Kobe’s position: “‘Pau Gasol is my brother; Pau Gasol is my teammate; Pau Gasol, I love him; but I’m running through that guy’s chest!’

“It was a cool video,” Sirianni concluded. “And it fit really well this weekend to say: We’re the ultimate competitors.”

Many of the home-team players at the Birds-Commanders contest were part of the squad under former friend/colleague Carson Wentz, who would now be on the other side of the line of scrimmage.

But they took what their coach had said to heart and didn’t let that stop them from executing successfully.

Even the final score, 24–8, held an additional Kobe connection: Both digits were on Bryant’s jersey as an L.A. Laker.

Read more about how the Eagles sunk their talons in the Commanders on ClutchPoints.com.

"I Went To Lower Merion High School, Nobody’s Gonna Punk Me!" Was How 18-Year-Old Kobe Bryant Introduced Himself to His Laker Teammates