Home Archive The Philadelphia Folk Festival is back

The Philadelphia Folk Festival is back 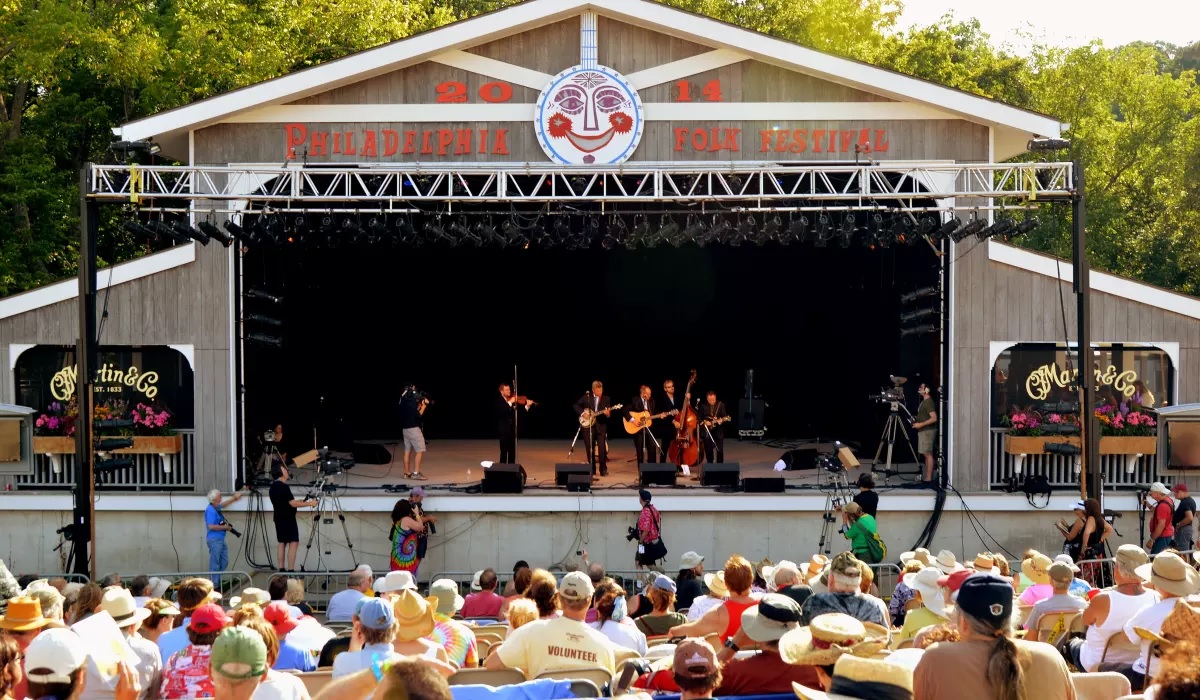 The 58th Annual Philadelphia Folk festival is back and will showcase up and coming artists alongside household names to celebrate folk music here in Montco. (MONTCO.Today file photo).

The 58th Annual Philadelphia Folk Festival is a 4 day-long celebration of the phenomenal folk music scene that thrives in our own backyard.

The Philadelphia Folk Festival showcases up and coming artists alongside household names to celebrate the rich history and roots of folk music here in Montgomery County. Arts Montco is proud to play a part in this epic weekend-long adventure through supporting local and touring groups playing at this year’s festival! VFTCB checks out a handful of incredible artists in town this weekend, below:

The East Pointers have connected with audiences across the globe, making new, original roots music the hippest, most vibrant thing going. The reason? The East Pointers – fiddler/singer Tim Chaisson, banjoist Koady Chaisson and guitarist Jake Charron – write about real life, sketching out its joys and sorrows in vivid strokes.

AJ Ghent [ j-ent ] fuses the sounds of his Singing Guitar with rock, blues, funk and pop into what he likes to call Neo Blues. The musical art produced has been classified as witty, energetic, soulful and funky, with messages of positivity, love and overcoming hardships.

Known for their memorable melodies and haunting honest lyrics Homestead Collective is Caitlyn Deviney & Ben Morris – an indie-folk duo based just outside Philadelphia. Formed in 2017, they’ve crafted a unique sound influenced by artists such as Nickel Creek, Josh Garrels and Gregory Alan Isakov.

There is something truly extraordinary about Juno Award–nominee Kellie Loder. It’s there in her immensely poignant lyrics, which are set against dazzling, melodic folk/pop. And it’s there in the singer/songwriter’s electrifying live shows which simultaneously inspire profound emotion in listeners while cracking them up with sparkling anecdotes.

Members from two Long Island bands, comprised of siblings and long-time friends, came together to form Quarter Horse in 2013. Described as Americana, the group’s sound is further characterized by a wide range of influences including folk, rock, alternative, and jazz. The songwriting employs unique arrangements and lyrics that come with a powerful delivery.

Barely four years since their formation, Talisk have already stacked up several major awards for their pyrotechnic yet artfully woven sound – including Folk Band of the Year 2017 at the BBC Alba Scots Trad Music Awards.

Two-time Rock and Roll Hall of Famer and co-founder of the Byrds and Crosby, Stills & Nash, David Crosby is heading out on tour in May and June. Joining him will be five musical friends, collectively and affectionately known as the ‘Skytrails Band’.

To see the complete lineup of performers for the 2019 Philadelphia Folk Festival go to valleyforge.org