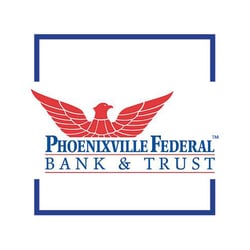 Phoenixville’s rebirth has been lauded as nothing short of remarkable.

However, if the borough, appropriately named after a bird that obtains new life by rising from the ashes of its predecessor, were to fulfill its fate and have a second life after its steel mill closed and ushered in a period of economic hardship, something or someone had to be the catalyst.

The community bank with roots dating back to 1911 provided the spark that led to the revitalization of Phoenixville.

“I firmly believe to this day that the best thing we ever did was save our theater,” said Dick Kunsch, the Vice Chairman of Phoenixville Federal Bank and Trust. “When we saved the Colonial Theatre, we saved a magnet that brought people back.”

Indeed, the Phoenixville Area Economic Development Corporation (PAEDCO) saved the historic theatre from demolition by purchasing it in 1996 with a 100 percent loan that it received from perhaps the only bank willing to offer one.

“They took a risk and gave us a loan when it would’ve been hard to get a loan from another bank,” said Mary Foote, the former Executive Director of the Colonial Theatre. “It helped us to succeed. It was essential, really.”

Phoenixville has since transformed itself into one of the most desirable places to live in the Philadelphia suburbs, and it was Phoenixville Federal Bank and Trust’s commitment to improving the quality of life in its community that triggered it.

“People know who we are, and we know the issues and the challenges in the community,” said Doug Darlington, the President and CEO of Phoenixville Federal Bank and Trust. “We work with the small business owners, the nonprofits – really, our neighbors – and we help them through their needs, through their challenges.”