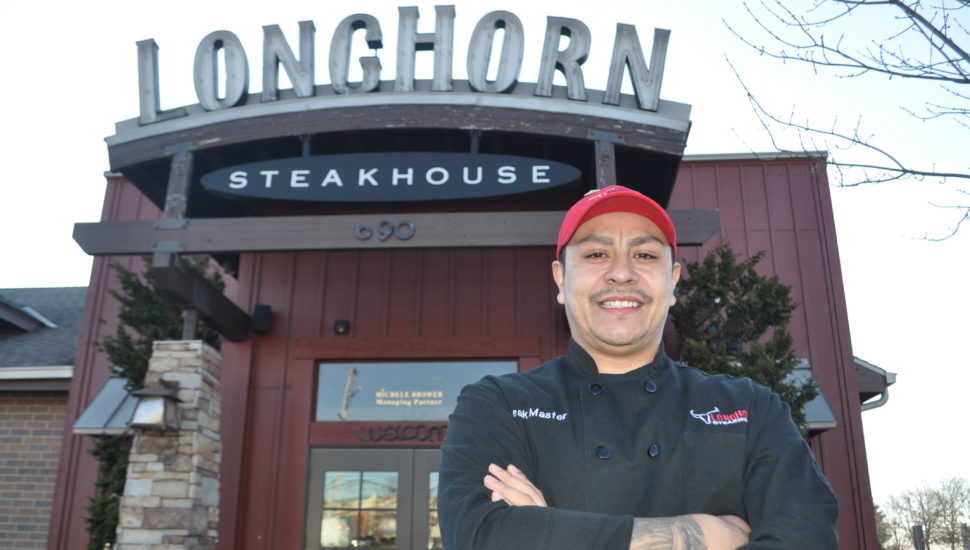 Local Grill Master Elmer Rosales was recently named one of the top steak masters in the country. The Norristown LongHorn Steakhouse Grill Master took home the regional win after competing in the Steak Master Series, an epic culinary competition where the restaurant’s grilling experts are put to the test on their relentless execution of grilling quality steaks for each guest.

Rosales is one of 60 team members from across the country to achieve this distinction, out of the more than 5,000 who were invited to participate in the competition.

“Every LongHorn Steakhouse restaurant in the country has a team of certified Grill Masters who are specially trained in the art of grilling,” said Thomas Hall, executive vice president of operations at LongHorn Steakhouse. “We’re all about quality, and Elmer has proved day in and day out that he is passionate about serving great-quality steaks to our guests. That passion and expertise really came to life during the competition.”

Rosales, a Phoenixville resident who has worked at LongHorn for seven years, says his favorite part of the job is the support that he gets from his team. He says it encourages him to want to grow with LongHorn.

Here are a few top things to know about Rosales:

The fourth annual Steak Master Series, which awards cash prizes totaling more than $200,000, celebrates LongHorn’s commitment to quality and craftsmanship on the grill. This year’s competition began at the restaurant level, where grill cooks across more than 510 LongHorn locations competed to move on to the regional round. Rosales will soon grill off at the semi-final rounds for the chance to become one of seven top contenders to battle in the finals at LongHorn’s headquarters in Orlando in May.

For more than three decades, these Grill Masters have perfected their craft of grilling legendary steaks – from selecting the right cut, boldly seasoning with the restaurant’s secret blends, and grilling to perfection. For more information about LongHorn Steakhouse, or to find a nearby restaurant, visit www.LongHornSteakhouse.com.

TelfordBook About Her Father Leads to Friendship Between Author and Telford VeteranNovember 16, 2020