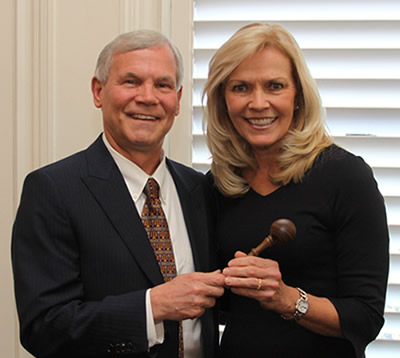 Nearly 300 local dignitaries, legal professionals and community leaders attended the event l, PA.  which included the election of the MBA’s officers for 2019, an awards presentation to honor area attorneys and judges, as well as the installation of its new president, Gregory R. Gifford, Esq., with the ceremonial passing of the gavel.

Since 2004 and each year thereafter, he has been named one of Pennsylvania’s “Super Lawyers” by a poll of his peers as published in Philadelphia Magazine.

Mr. Gifford lives in Upper Gwynedd Township with his wife and three children.

In addition to new leadership being appointed, awards were distributed. To see these awards click here.