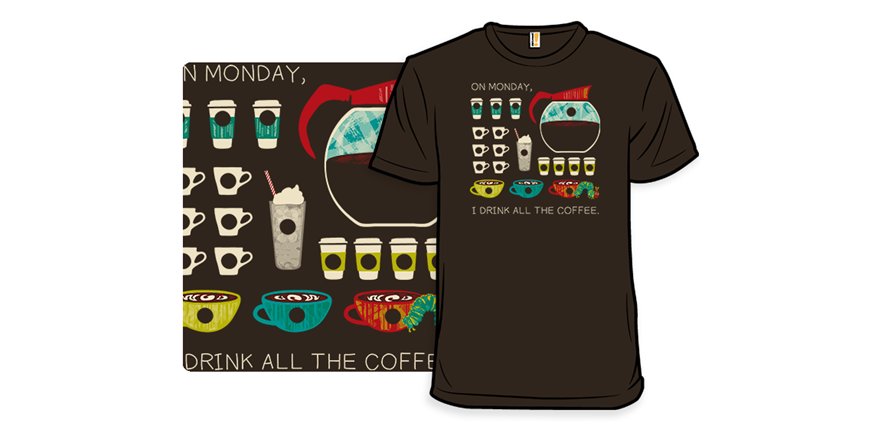 The new plant will be located at 2455 Boulevard of the Generals, West Norriton Township. Woot! T-shirts usually sport a message, with a humorous intent. (Image courtesy shirt.woot.com)

Amazon’s Woot! clothing unit can start installing 48 industrial printers, 16 giant dryers, and pollution-control equipment at a plant outside Norristown, after its plan was approved Wednesday by the state Department of Environmental Protection, writes Joseph DiStefano for philly.com.

The new plant will be located at 2455 Boulevard of the Generals, West Norriton Township. Woot! T-shirts usually sport a message, with a humorous intent.

Under terms of the permit, Amazon could install machines that would produce up to 25 million pieces of clothing a year — enough to print a colorful shirt and pant set for every Pennsylvanian — if it ran the 110,000-square-foot plant 24 hours every day. Kornit Digital, the Israel-based manufacturer of the Avalanche 1000 printers that Amazon plans to install, says those machines can run more than triple the permit speed, producing more than 90 million garments a year, the story continues.

It is the first of what Amazon watchers expect may be a string of garment-printing and eventually design and manufacturing centers to take clothing production in-house. That would make clothing the latest of several businesses (including books and video) in which the company started as an online retailer of others’ products, progressed to licensing others’ products under its own brand, and then started making some of its own.

Amazon has advertised for a handful of manufacturing and production positions at the plant. With more than 400,000 employees nationwide, Amazon has large “fulfillment center” warehouses with up to a few thousand employees scattered around the country, including 14 in Pennsylvania (more than any state except California), several in New Jersey, and two in Delaware. The company has lately added many smaller Amazon Prime delivery centers in King of Prussia and other suburbs.

FamilyNew York Times: With Eviction Crisis Looming, Many People in Montgomery County Are in Danger of Losing Their HomesAugust 2, 2021