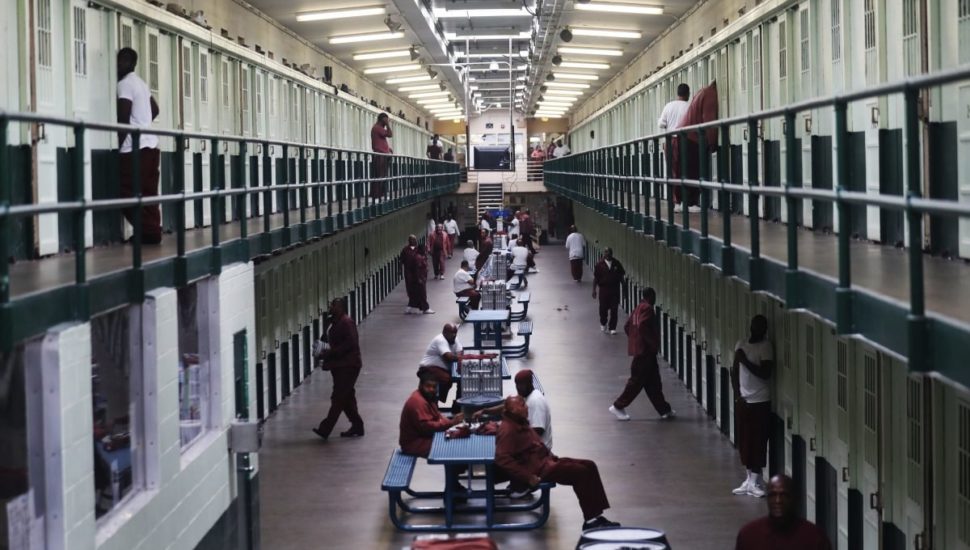 The new State Correctional Institution at Phoenix is a huge upgrade from the old Graterford state prison it is replacing. (MONTCO.today file photo)

The new State Correctional Institution at Phoenix that is due to open next summer will be a huge upgrade to the old Graterford state prison, write Michaelle Bond & Joseph N. DiStefano for Philly.com.

The Phoenix, which will cost over $400 million, is a stark contrast to the 90-year-old Graterford prison. The new prison will have sand-colored blocks with zone heating and cooling systems that are remote-controlled.

This means the notoriously sweaty summers at Graterford for both prisoners and corrections officers will soon become a thing of the past.

Last year, it cost $123 a day to house an inmate at Graterford whereas at The Phoenix it will cost just $90.

But for the prisoners there are some drawbacks. In particular, The Phoenix will house two prisoners in a cell, something that is making some inmates nervous.

“The lifers always enjoyed the privilege of having a single cell,” said Angus Love, executive director of the Pennsylvania Institutional Law Project. “That is going to end.”

Read more about the new prison at Philly.com by clicking here.

Thousands of Pennsylvanians to Lose Federal Unemployment Aid After This Week

Plymouth Meeting Quakers Trying to Get Afghan Interpreter Who is Working for U.S. Military to Safety