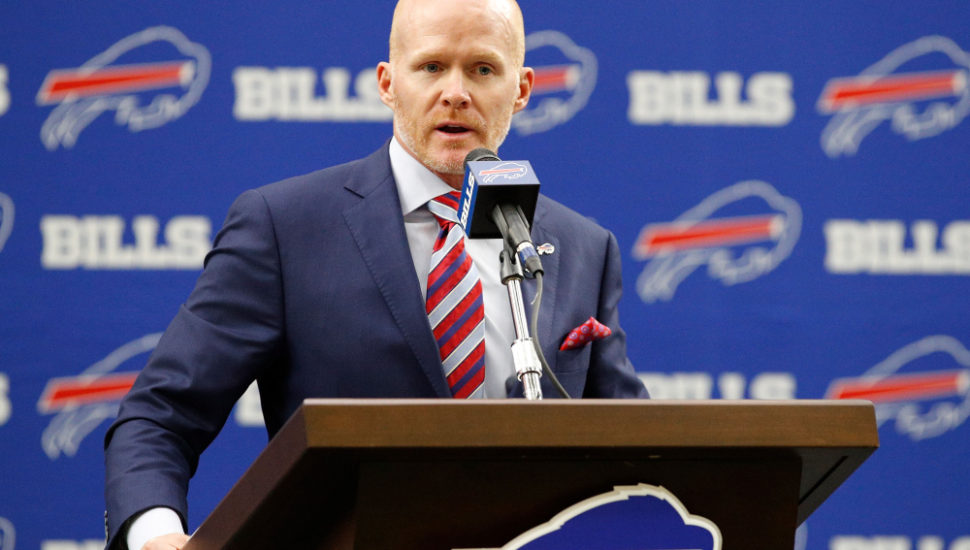 Lansdale brothers Tim and Sean McDermott began their sporting careers in wrestling but have found their true calling in other sports. (Image via USA TODAY Sports)

Lansdale brothers Tim and Sean McDermott began their sporting careers in wrestling but have found their true calling in other sports, writes Tim Graham for Buffalo News Blitz.

Today, Tim is the chief business officer for Chester’s Philadelphia Union soccer club, while Sean has worked his way up to become the head coach of the Buffalo Bills.

The brothers started wrestling at very young age, when their mother signed them up for the Great Valley Wrestling Association. At the time, Tim was six while Sean was four.

Sean proved to be quite a wrestling prodigy, despite being smaller. “He would push himself beyond the point you’d think he could go,” said Tim.

Sean managed to win his first state tournament at the age of 5, and he followed it up with wins aged seven and nine.

He also took up football, becoming a star at La Salle High which he attended with his brother. This began his journey to the position he holds now.

Tim also gave up wrestling to combine business and sport, putting both brothers on career paths have ended up far differently than they had originally imagined.

Read more about the McDermott brothers at Buffalo News Blitz by clicking here.