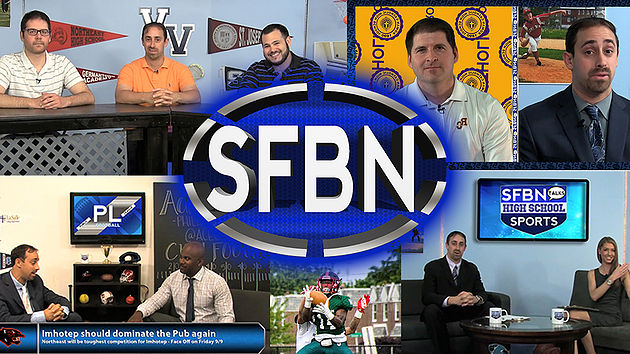 Sports Fan Base Network in Jenkintown is turning to Kickstarter to raise funds to support its high school sports news network.

The network focuses on covering high school students who work hard at sport but rarely get recognition for their efforts. This provides a spotlight where they can shine and hopefully boost their careers.

SFBN was founded five years ago in Philadelphia, where it started producing live video broadcasts of Philadelphia’s Public and Catholic League school sporting events. After its successful launch, the network expanded into other public and private schools in the region, including several in Montgomery County.

The Kickstarter campaign is trying to raise funds for new equipment and upgrades to the networks existing equipment. All of the raised funds will be used for broadcast computers, video cameras, audio equipment, as well as for the services of website developers.

The Kickstarter page offers a range of options and associated rewards. Anyone interested in helping out with the program can choose from pledges that range from $5 to $6,000. The rewards offered for pledges range from membership in the network to a sponsored show and a party in your honor.

To find out more or make a pledge check out SFBN’s Kickstarter page here.