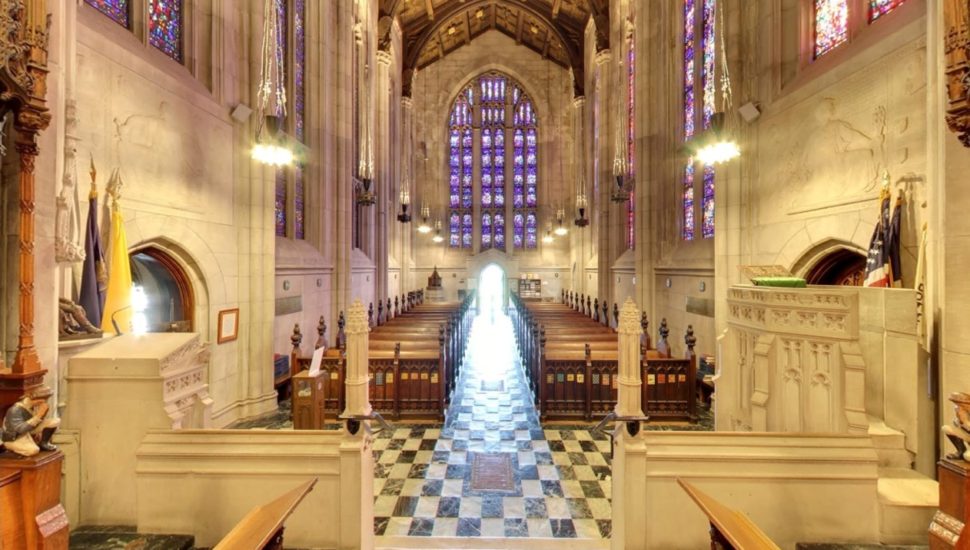 The Washington Memorial Chapel has been added to the National Register of Historic Places by the U.S. Department of the Interior.

The Washington Memorial Chapel, located in Valley Forge, has been added to the National Register of Historic Places by the U.S. Department of the Interior.

The chapel is listed as the Washington Memorial Chapel Historic District, a designation that includes the beautiful Chapel and Bell Tower, as well as its cemetery and ancillary buildings, among which are the Chapel Cabin Shop and Defenders’ Gate.

Founded in 1903 as a memorial to George Washington and the Patriots who served in the American Revolution to win independence and liberty, the historic district consists of the 26-acre chapel property, which is entirely surrounded by Valley Forge National Historic Park.

Since its inception, it has been considered independent of the park, despite its location at the hallowed site of the winter encampment of 1777-1778, which enhances the significance of the stories told through its magnificent art and architecture.

“The chapel’s beauty is known to most local residents and thousands of tourists who visit the park each year, but the listing raises its significance to the national level,” said Gardiner Pearson, President of the Board of the Washington Memorial Heritage.

The chapel is currently undergoing a $4.5 million restoration project to return it to its intended beauty. To date, the small chapel congregation and its circle of friends have raised $1 million, which has been applied to correcting the most urgent damage affecting safety and the integrity of the structure.

The chapel needs to raise the remaining $3.5 million through a national appeal.

The Overriding Importance of the Battle of Brandywine, Fought 244 Years Ago Today, Is the Marquis Lafayette