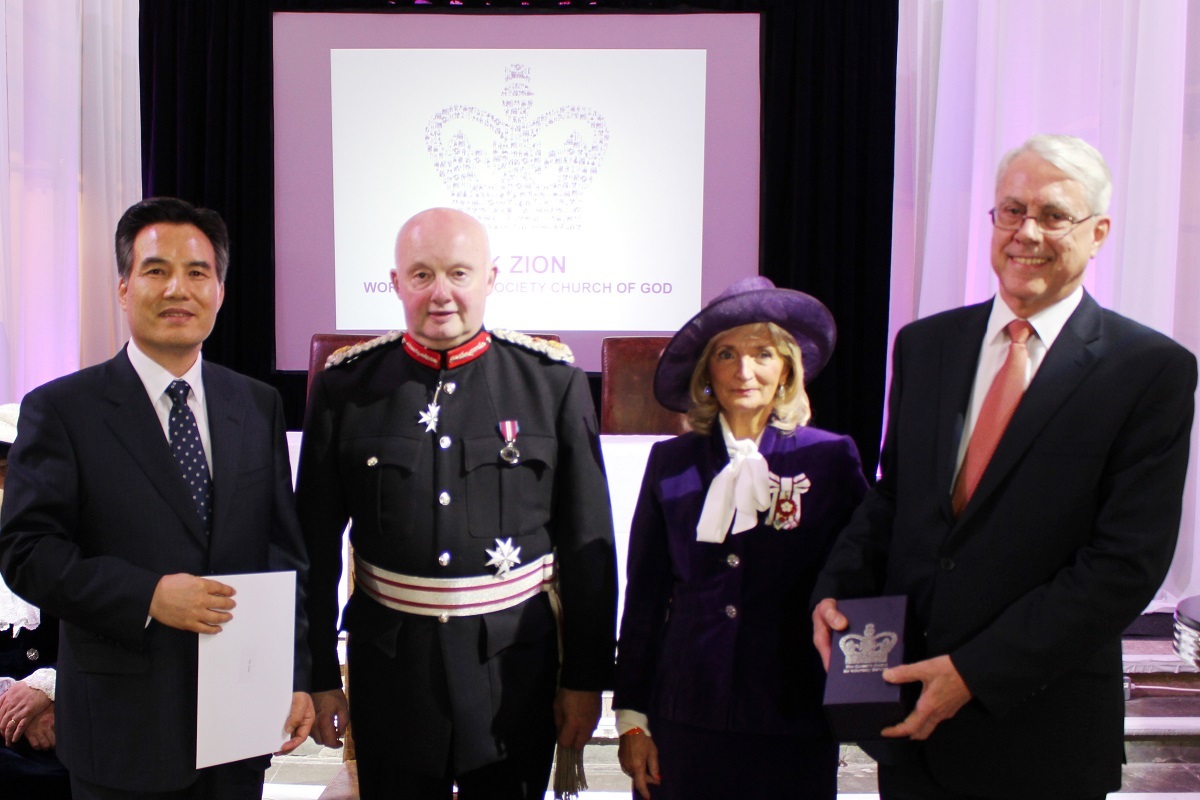 The Church addresses needs in the area through various initiatives, from supporting charity walks that promote environmental protection to fundraising for Montgomery County public schools.

“The Church of God contributes to the peace of humankind by following the teachings of (the) Heavenly Mother, transcending boundaries of race, culture, nationality, and religion,” said General Pastor Kim Joo-Cheol.

Queen Elizabeth II presented the Church of God with the Queen’s Award for Voluntary Service after an extensive screening process. Through the award, the Church became a Member of the Most Excellent Order of the British Empire, a designation for exemplary organizations, and is recognized by 53 members of the Commonwealth of Nations, including Australia, Canada, and Singapore.

To highlight the importance of volunteerism, the Church launched a public awareness campaign with an advertorial in Time magazine describing volunteers as everyday “superheroes” who willingly sacrifice their time and efforts to improve communities.

The World Mission Society Church of God is a new religious movement that began in South Korea in 1964. It has more than 2,700 locations in 175 countries with 2.7 million members.