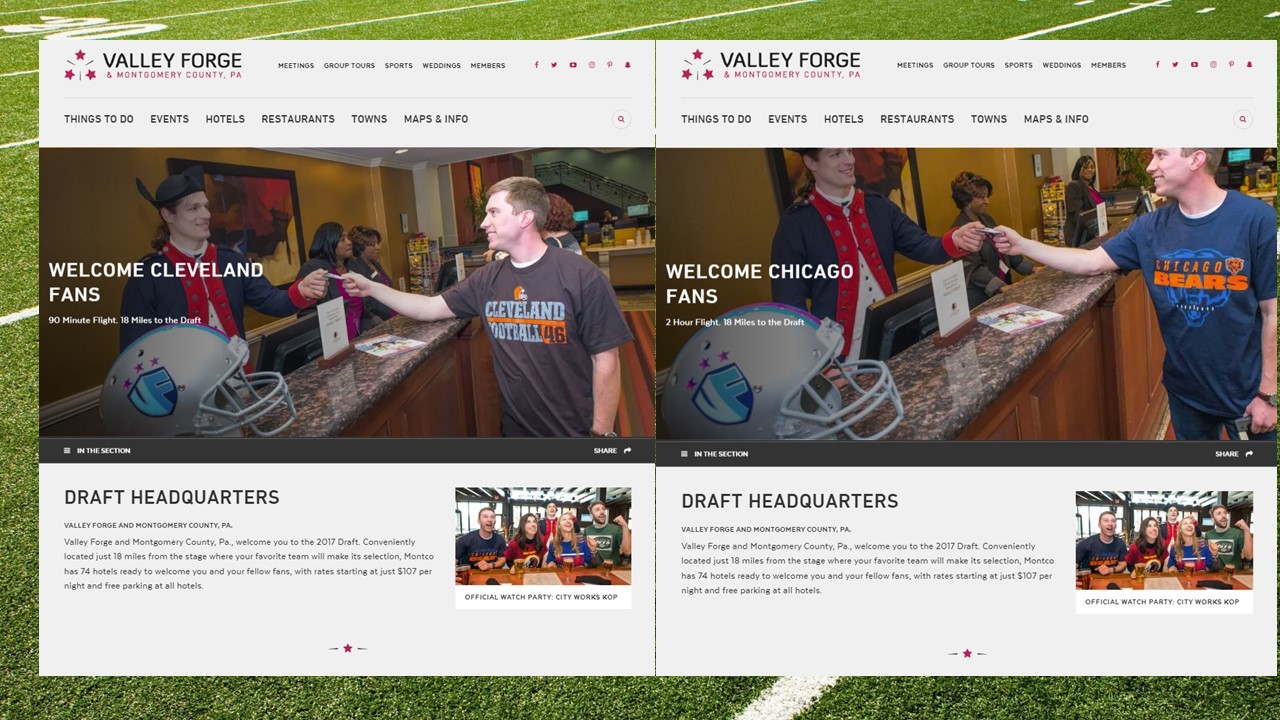 This side-by-side view of a landing page from the VFTCB’s website shows how geo-locating technology is helping position content to specific markets nationwide. A photo of the same model wearing different team jerseys is used to connect with fans from NFL Draft-centric cities, supplying them with individualized information about the appeal of the county for overnight stays related to the April event.

Citing more than 70 hotels and 600 restaurants within a short drive to Philadelphia, the Valley Forge Tourism & Convention Board is reaching out to football fans around the country to attract them for April’s NFL Draft.

All tourism information being pitched to football fans is on the VFTCB website.

But the most unique aspect of the initiative is the way it’s being executed, especially out of market.

“The adaptive content feature built into our new website allows us to create an online experience that’s customized specifically for the visitor or reader at that moment,” said Edward Harris, VFTCB’s Vice President of Marketing & Communications.

“Football fans clicking on our site from Cleveland receive a specific message and unique photo. That content will differ from fans who likewise click from places like Baltimore or Chicago.”

To pull this off, the Valley Forge Tourism Board completed a photo shoot with fans wearing gear from 15 different NFL franchises.

The photos were taken at the DoubleTree King of Prussia, as well as the CityWorks bar and restaurant, which recently opened at the new King of Prussia Town Center. CityWorks is already planning a large party for the NFL Draft weekend.

So far, the VFTCB’s plan is working. One week after launching the digital marketing campaign, the tourism board has received close to 3,000 clicks to its draft page, with football fans from 15 unique markets.