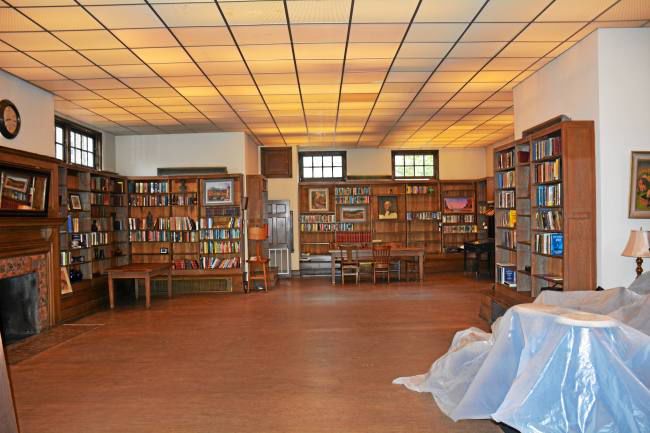 One of the buildings donated by Woman’s Club of Bala Cynwyd once served as the first library for Bala Cynwyd. (Image via Main Line Times)

Thanks to a generous donation from the Woman’s Club of Bala Cynwyd, two historic buildings in Lower Merion are now owned by the Merion Foundation, writes Richard Ilgenfritz for Main Line Times.

The Woman’s Club donated its two buildings in Bala Cynwyd to the grant-making arm of the Merion Community Association which already owns one of Lower Merion’s historic properties, the Merion Tribute House.

The two adjacent buildings on Bala Avenue near Levering Mill Road will be renamed the Levering Mill Tribute House. The name partly comes from a plaque at the entrance to one of the buildings marking it as a memorial to local residents who died in World War I as well as a tribute to all who served.

Up until this donation, the Foundation itself did not own any properties. It was only tasked with giving out grants from money that was raised from events at Merion Tribute House.

According to Jim Ettelson, president of the Merion Foundation, a number of capital improvements to the properties are planned.

“We are honored to be able to receive this donation and honored to participate in the preservation of this historic resource,” stated Ettelson.

Read more about the donation at Main Line Times by clicking here.