Norristown Hopes for “If You Build It, They Will Come” Effect from Highway Construction 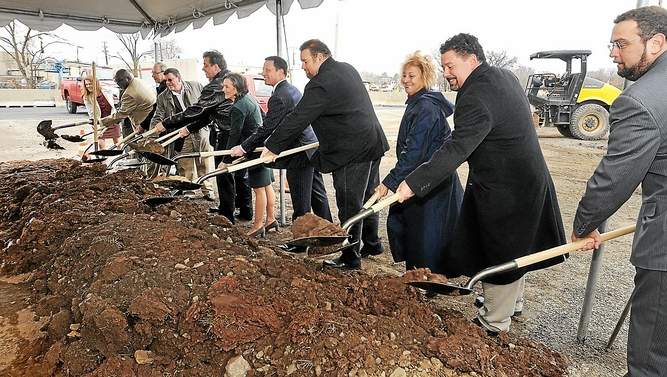 A recently approved major highway construction project is expected to help Norristown – often plagued by issues like high crime, poverty, and property tax rates – on the road to recovery, writes Daniel Block for the Philadelphia Inquirer.

In May, the Pennsylvania Turnpike Commission approved funding for the construction of a new exit off I-276 close to milepost 331, which will link up with the planned extension of Lafayette Street. The interchange should be finished in eight years, with the Lafayette Street extension due to open in just three.

Together, the projects will cost close to $165 million.

“I think it’s going to have a very positive effect,” said Valerie Arkoosh, a Montgomery County commissioner. “It’s already looking like this is going to be an example of ‘If you build it, they will come.'”

Officials use the example of neighboring Conshohocken, as the town experienced significant revitalization after the construction of the Blue Route made it more accessible.

“This interchange will generate a lot of vehicles, which is good for Norristown,” said Matthew Emond, the County Planning Commission’s Transportation Chief.

Read more about the project in the Philadelphia Inquirer by clicking here.