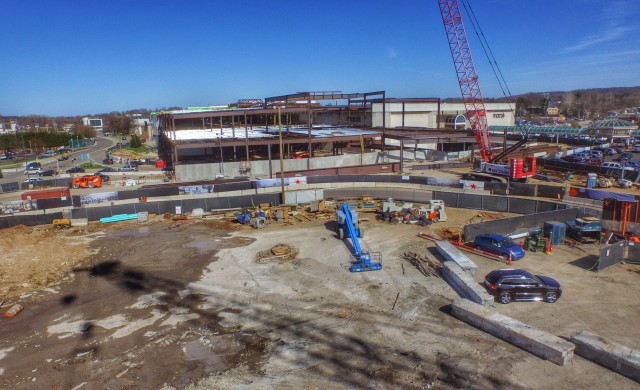 The 2008-2009 recession left its mark on Montgomery County, but thanks to new jobs created in construction, health care, and professional services, the area is about to see its best employment growth in years, writes Harold Brubaker for the philly.com.

The predicted gains in employment should push job growth up to two percent this year, which is the highest it has been in over fifteen years. Much of the good news for Montgomery County comes from King of Prussia, which is reporting that first-quarter vacancy for Class A commercial office space has dropped below 10 percent for the first time since before the recession.

Two of the fastest growing companies in King of Prussia, DrugDev Inc. and Trevena Inc., are helping revive the pharmaceutical industry that has suffered from years of decline. Meanwhile, other positions are being created from the ever-growing need for social assistance and the recovering residential construction sector.

“The housing market has lagged the rest of the economy, and it’s just starting to come to life,” said Adam Ozimek, an economist with Moody’s Analytics. “In Montgomery-Bucks, we’re still below the prerecession construction employment.”

By the end of 2015 there were 49,700 mining, logging, and construction jobs in Montgomery, Bucks, and Chester Counties, which is 15 percent lower than the 2006 peak of 58,200. However, the number of jobs in construction has been rising for two consecutive years.

One of the areas still showing weakness is manufacturing, according to Ken Krauss, President and CEO of U.S. Axle, the Pottstown based parts manufacturer for agricultural and construction equipment.

“We typically see downturns that might be a year, maybe two years in length,” he said. “This one has been extended. As a matter of fact, this downturn we’re projecting to be another two years.”

Read more about the job creation boost at the philly.com here.

Over or Under? Chester Paper Plant Managers Give Official TP Ruling