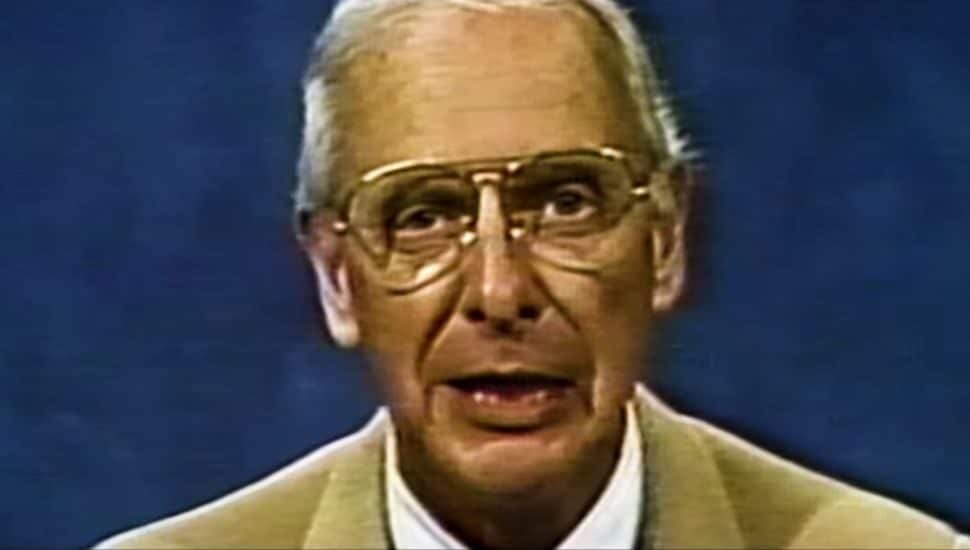 Broadcaster Bill Schonely, the voice of the Portland Trail Blazers who hailed from Norristown, has passed away at 93. Anne M. Peterson covered the silencing of his distinct baritone for The Columbian.

Nicknamed “The Schonz,” Schonely’s coverage in Portland became as linked with the basketball franchise as that of the Phillies and Harry Kalas or the Eagles and Merrill Reese here.

After a youth spent in his hometown of Norristown, Schonely served in the U.S. Marine Corps, where he hosted a sports show for Armed Forces Radio.

Schonely called Trail Blazers games from its 1970 first season for the next 28 years. He missed only one, 1982–1983, while recovering from heart surgery.

“Rip City” was his catchphrase, a tag that caught on when he mangled the description of a comeback Blazers game against the Los Angeles Lakers.

In calling a crucial shot, he recalled: “I was gonna say it ‘Rip the twine’ or something, but I came up with ‘Rip City.’”

In commenting on the news of Schonely’s passing, Oregon U.S. Sen. Ron Wyden called him “a true Oregon legend.”

Specifics on the cause of his death were not released.

A fuller account of the life of Norristown broadcaster Bill Schonely is at The Columbian.

The Portland Trail Blazers released this Jan. 22 retrospective on beloved broadcaster Schonely one day after his passing.

Montgomery County Past and Present Had Impact on Legendary Merrill Reese